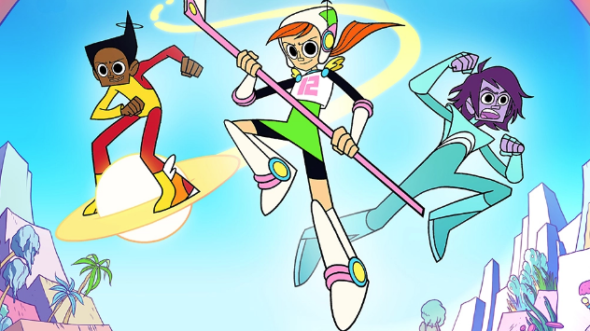 From Julia Vickerman, the animated comedy “centers on 12-year-old Reggie, whose desire to remain a child is so powerful it creates a fantasy world in which she never has to grow up. She’s joined by her friends Todd and Esther, who visit this amazing world to live out their superhero fantasies and escape the responsibilities of impending adulthood.”

Twelve Forever is expected to debut on Netflix in 2019.

I am beyond excited that ‘Twelve Forever’ has found a home on Netflix. This is a project that is very close to my heart and we’re so grateful for the opportunity to share Reggie’s world with everyone. Puny and the Cartel have assembled an incredible team of writers and artists and we can’t wait to bring this series to life.”

What do you think? Do you subscribe to Netflix? Will you check out Twelve Forever?