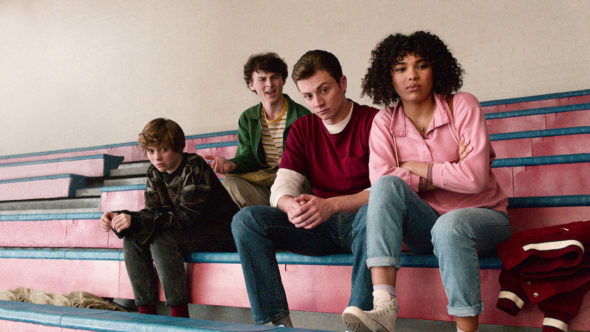 Turns out, this Netflix series isn’t okay. The streaming service has cancelled the I Am Not Okay With This TV series. There won’t be a second season due to the ongoing COVID-19 pandemic.

The coming of age comedy-drama series centers on Sydney (Sophia Lillis), a teenager dealing with both the hardships of adolescence and the discovery that she has superpowers. The cast also includes Wyatt Oleff, Sofia Bryant, Kathleen Rose Perkins, Aidan Wojtak-Hissong, and Richard Ellis.

In a statement, Netflix indicated that the decision to cancel I Am Not Okay With This is is “due to circumstances created by COVID”. The streaming service thanked executive producers Jonathan Entwistle, Christy Hall, Shawn Levy, Dan Levine, Dan Cohen, and Josh Barry at 21 Laps Entertainment as well as the show’s writers, cast, and crew.

The first season of seven episodes of the series was released on February 26th.

What do you think? Have you seen the I Am Not Okay With This TV show? Would you have watched season two of this Netflix series?

What a bummer ! I was very much looking forward to a second season. So many questions left unanswered. Very clever and entertaining 1st season had me wanting more, it’s too bad.

Covid virus as a reason to cancel the show is ludicrous. If we use that mentality there wouldn’t be any TV shows at all.

I am not okay with this was a cute and entertaining show. It’s unfortunate that it’s one on many that Netflix is choosing to vacate before its time.

Damn!! I was actually really looking forward to season 2!!

I was looking forward to watching her progression. I hate that it’s been canceled

Sheesh! So much for getting a decently scripted “super human” tale with a female protagonist. I was so looking forward to discovering her source & what it had to do with her dad.

Truly was an entertaining show that dealt with growing up and everyone is unique. Thought that I had read previously that it was renewed for Season Two.

Very disappointed that Netflix canceled this quality, fun show. One of the few shows that I could enjoy with our preteen and teens. Netflix appears to be canceling many of the newer shows. Very frustrating to us viewers.

I’m actually pretty sad there won’t be a second season. I don’t love shows, but I randomly played this tonight and watched all of it. Can we petition for a second season?