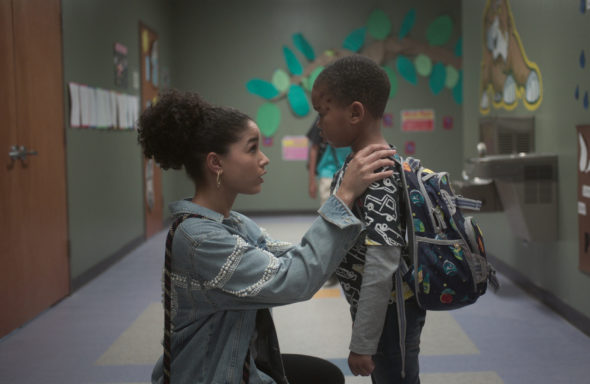 Dion is not going anywhere. Netflix has renewed Raising Dion for a second season, per a Deadline report. The series, which stars Alisha Wainwright, premiered in October, and it has been called one of the top 10 series on Netflix for 2019.

The Netflix series follows Wainwright as she tries to raise her son after the death of her husband. However, there is something special about the boy. She soon figures out he has special powers, and her mission becomes to keep his powers a secret while they figure out what they are and where they come from.

Production on season two of Raising Dion will begin in 2020, and the season will consist of eight hour-long episodes.

What do you think? Did you watch the first season of Raising Dion? Will you watch season two?

Yes I love it and ready for season 2. My grandchildren have been waiting for it to come out and ready for us all to watch together. When will it air?

I love this show. It addresses race, single mothers, a village raising a child, encouraging and controlling special abilities is all capacities. Celebrating everyone. Knowing that everyone you meet isn’t your friend.
AMAZING.