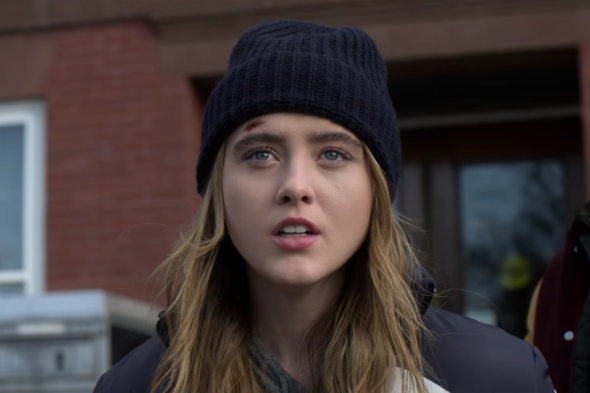 There’s been a change of plans at Netflix. The streaming service previously renewed The Society TV series for a second season. Now, those plans have been cancelled due to COVID-19.

A mystery drama, The Society stars Rachel Keller, Kathryn Newton, Alex Fitzalan, Kristine Froseth, Jacques Colimon, Sean Berdy, Toby Wallace, Gideon Adlon, Olivia DeJonge, Alex MacNicoll, Natasha Liu Bordizzo, Jose Julian, Salena Qureshi, Jack Mulhern, and Grace Victoria Cox. This modern retelling of Lord of the Flies centers on students from a wealthy New England enclave, who return home from a scrubbed camping trip to find everyone they left behind has vanished. While at first, they decide to take advantage of the situation, it soon becomes clear they need to establish some sort of social order, while they figure out what has happened to them and where they really are.

The first season of 10 episodes was released on May 10th in 2019. The Society was renewed for a second season a couple of months later and plans were underway for the show’s return. Now, due to the ongoing COVID-19 pandemic, season two won’t be produced.

Newton addressed the cancellation in a video on Instagram. The actress is “heartbroken” by the news and shared that, “We all really wanted to go back… Everything was written. I can’t even believe it. … I’m so sad. I loved The Society so much. I loved Allie. And I loved our cast.”

What do you think? Have you watched the first season of The Society TV show? Would you have watched season two on Netflix?

I’m gonna be honest I am extremely sad and I know you all said there won’t be a second season, but I have hope that there would be a release of a second season. I don’t care how long it takes.
I was watching this show with my Gf and we enjoyed it so much and we are in awe about that reason being.
If anything ever comes up please reply to me would much appreciate <3

This is pure CRAP!!! All these shows being cancelled due to Covid.

Yes and I am extremely disappointed. Netflix has been pulling this crap for too long leaving people hanging as they did with Northern Rescue and other shows. Until you start DROPPING Netflix, they will continue their same way of taking your profits over your customer satisfaction.

I was looking forward to season two of The Society. We never really had an ending for the show. Please re-consider the cancellation, the show was great.

Looks like someone netflix regretted renewing it in the first

This is such crap. Could have at least wrapped it up!

Netflix should just give up producing shows. They canceled, “Spinning Out”, “Everything Sucks”, “No Good Nick”, and several other shows that I liked. I refuse to watch any Netflix series until it is renewed for a second season. Netflix gives up too easily. A lot of people put in a lot of work just have to it go in an instant. Shame on Netflix.

Teenflix has many teens show.