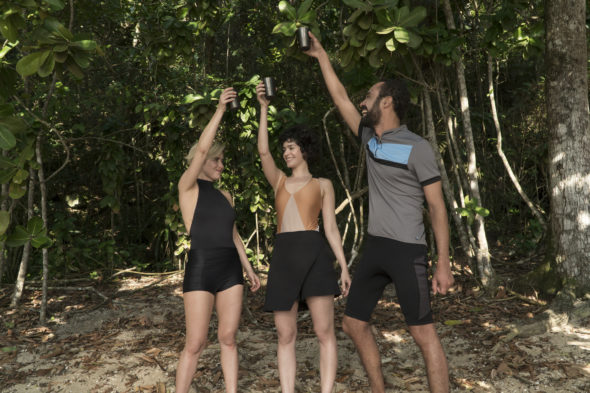 As Schoolhouse Rock taught us, three is a magic number. Netflix seems to agree and has renewed its 3% TV show for a third season. 3% season three will debut on a date TBD in 2019.

Watch 3% only on Netflix

Netflix is the world’s leading internet entertainment service with 125 million members in over 190 countries enjoying more than 140 million hours of TV shows and movies per day, including original series, documentaries and feature films. Members can watch as much as they want, anytime, anywhere, on nearly any internet-connected screen. Members can play, pause and resume watching, all without commercials or commitments.

What do you think? Are you a fan of the 3% TV series. Do you plan to watch the third season of this Netflix TV show?

I happened to stumble across this show about 3 weeks ago and now I’m hooked on Mary Kills People! I just finished season 2 and was all hyped up thinking season 3 was gonna load and my mouth hit the floor when i realized there was no more!! i jumped on google to see why Hulu doesn’t have the next season only to be left disappointed that season isn’t there 🙁 pls bring season 3 to Hulu. I just gotta find out what happened to Ben!!

Please renew the show Mary kills people for season 3, 4, 5 etc. Great great show that is popular to both me and my mother. We will be crushed if the show doesn’t continue.

Love Mary Kills People. Cant believe there is even a question about season 3

I agree, love this show

Love the show! My 23 yr old college student is hooked on it too! Please bring it back!