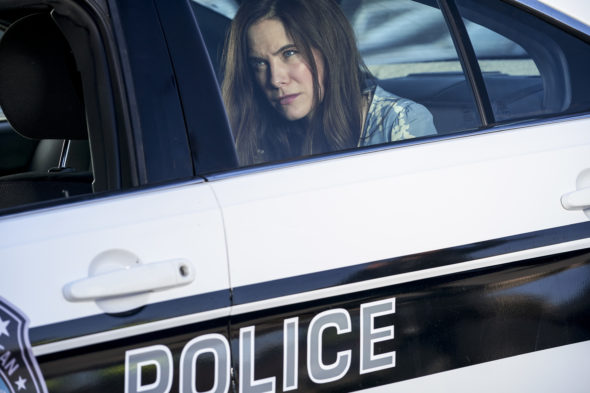 We have some good news for our Canadian readers. The Mary Kills People TV show has been renewed for a third and final season on Global. While Lifetime hasn’t yet announced it has renewed Mary Kills People for season three, that does not mean it is cancelled. Last year, although the Global renewal was announced on June 5th, Lifetime didn’t announce until July 28th. We suggest you put cancellation out of your head, until at least August, and enjoy the summer.

A Lifetime black comedy-drama, Mary Kills People stars Caroline Dhavernas, Jay Ryan, and Richard Short. The second installment of the series features guest stars Rachelle Lefevre and Ian Lake. The story centers on Dr. Mary Harris (Dhavernas). This physician and single mother also operates a mercy-killing business on the side. As with the first two installments, the third season of Mary Kills People will consist of six hourlong episodes.

Mary Kills People: A Look at the Ratings

In the US, the second season of Mary Kills People averged a 0.07 rating in the 18-49 demographic and 299,000 viewers. Compared to season one, it was down by 58% and 53%, respectively. Find out how Mary Kills People stacks up against other Lifetime TV shows.

Check out the press release excerpt about the Mary Kills People season three renewal (in Canada).

Globally, Corus Studios continues to broaden its footprint with sales of original series in more than 150 territories to date. This year, Corus Studios introduces a diverse range of programming including docu-series, fashion, home renovation, and competition series that make up six new Canadian productions and three returning series. In the kids space, Nelvana, Canada’s world-leading producer and distributor of children’s content and premier animation company, ushers in four new original series and one returning show, which are set to premiere on Corus’ kids networks in 2018/2019 and are available for international sale.

Below is a breakdown of Corus’s new and returning original series:

Mary Kills People – Season 3 (6×60) – NEW SEASON
Returning for its third and final chapter airing in spring 2019, Mary Kills People follows Dr. Mary Harris (Caroline Dhavernas) and her exploits as she balances her family and her day job while also helping terminal patients end their lives on their own terms (produced by Entertainment One (eOne) and Cameron Pictures Inc.).

What do you think? Are you a fan of the Mary Kills People TV series? Do you plan to watch the third and final season on Global? Do you expect Lifetime to renew this TV show for season three?

I just finished the first 2 seasons of Mary Kills People and hoping the 3rd season will be airing soon on Hulu.

I just found Mary Kills People on HuLu, and I love it. I seriously hope you let us in the US watch thee third season. I also hope there’s a 4th season too.

I think Mary Kills People does a superb job dealing with the Right to Die topic. It is the first production, that i know of, that has tackled this topic. I just happened to come across it on Hulu and almost skipped it because of the title. It was misleading making me think Mary was an evil serial killer. I watched the Pilot and was hooked. Please continue this series because the acting is great and the each episode will leave you wanting more!

i just love Mary kills people, i binge watched it on my laptop. i am disappointed to here there won’t be a fourth season, there are still so many stories to be told. all the actors are superb. the setting is beautiful too. please reconsider , as this is one of the best series i have seen in a long time, i could not stop watching.

Yet again – ratings kill one of the best shows on tv… It wasn’t the show that was the problem – it was the marketing.

I definitely agree. Mary Kills People is something I just so happened to come across. Had never heard of it or seen previews. Yet, I absolutely love the show. It’s a genuis story line.

Omg I love this show ! I’m so glad it’s 3 rd season is coming but heartbroken it will be the last !
One of my most favorite shows.

I love the show. Wish it would have more seasons. I tell everybody how good the show is.

Yes I will be watching Mary kills people season 3 and I am hoping that Ben is alive and that Ben and Mary to be together.