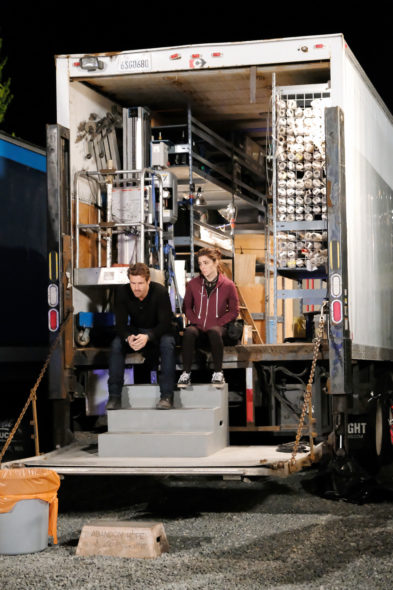 While Lifetime hasn’t cancelled its UnREAL TV show after three seasons, the fourth season of fictional dating reality TV series drama won’t run on the cable network. Instead, Lifetime has sold the rights to UnREAL season four to Hulu, where the low-rated show does well with binge-watching fans.

UnREAL: A Look at the Ratings

The third season of UnREAL averaged a 0.09 rating in the 18-49 demographic and 270,000 viewers. Compared to season two, it was down by 56% and 47%, respectively. Find out how UnREAL stacks up against other Lifetime TV shows.

UnREAL Moves to Hulu For Fourth (and Final?) Season

Lifetime sold the fourth season of the drama from Sarah Gertrude Shapiro and Marti Noxon to Hulu for first run, Deadline has confirmed. A+E Studios made money on the deal with Hulu and there are no expectations for Lifetime to order another season. That could change however, if the show does well on Hulu, it could be renewed, according to those familiar with the deal. Hulu is already the SVOD home for the drama series.

The critically praised UnReal does not do well in linear, but it’s a popular show for binging and gets a bump in digital viewing, which is a perfect fit for Hulu. Season 3, which wrapped in April on Lifetime, has yet to air on Hulu.

What do you think? Are you a fan of the UnREAL TV series? Will you follow it to Hulu, for season four?

No, I live in a rural area and my Internet connection is poor. It is hard to watch videos. Therefore, it would be a waste to subscribe to Hulu. People seem to forget that not all people have access to good Internet connections. I love the Unreal, even though the people are a bit out there at times.

Noooo!! I admit, it’s not the easiest show to watch, but that’s because “UnReal” is one of the very few shows on TV that deals with so many of the difficult topics that these reality shows and people of our age group actually face on a day-to-day, minute-by-minute basis. The acting is outstanding, horrifying, and mesmerizing all at the same time!! It takes some courage to turn the TV on at times, but once “UnReal” is on your screen, you don’t ever want it to stop!! Please give us this last season on Lifetime, and then if you want to… Read more »

I tried watching it but the characters were so nasty & obnoxious, I couldn’t stomach it.

We love UnReal and can’t even imagine that season 4 will be the last
I have to admit that I would watch it anywhere, anytime!