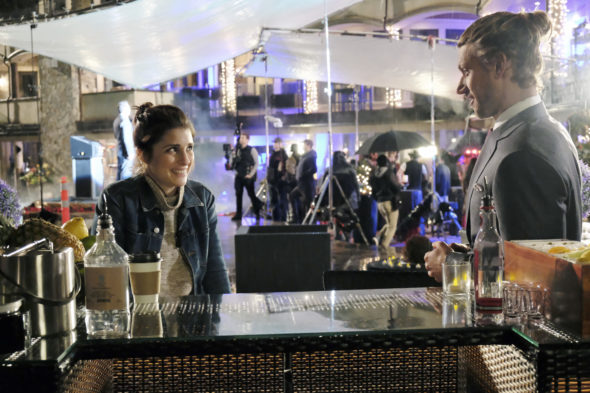 How long will Everlasting last? Has the UnREAL TV show been cancelled or renewed for a fourth season on Lifetime? The television vulture is watching all the latest cancellation and renewal news, so this page is the place to track the status of UnREAL, season four. Bookmark it, or subscribe for the latest updates. Remember, the television vulture is watching your shows. Are you?

The third season of UnREAL averaged a 0.09 rating in the 18-49 demographic and 270,000 viewers. Compared to season two, that’s down by 56% and 47%, respectively. Find out how UnREAL stacks up against other Lifetime TV shows.

Fortunately, we don’t have to wonder if this will be my year to sup on this salacious series, since Lifetime already picked up the fourth season, in the summer of 2017. Could something change? I’ll update this page with breaking developments. Subscribe for free UnREAL cancellation or renewal alerts.

What do you think? Are you happy the UnREAL TV series was renewed for a fourth season? How would you feel if Lifetime had cancelled this TV show, instead?

This season was good getting deeper into the characters and not to mention some racy scenes Lots of good looking guys. Lol not that matters to me.