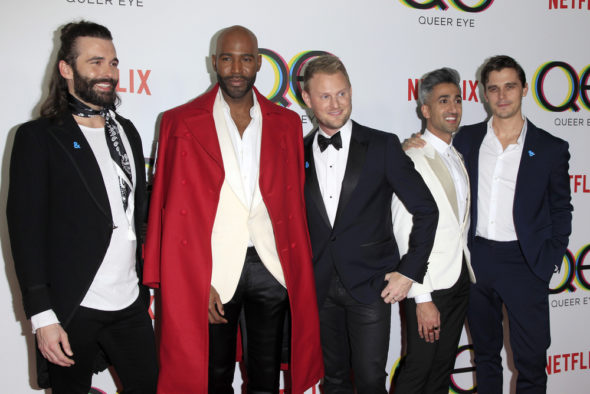 Queer Eye is coming back for more! Netflix just announced they’ve renewed the TV show for a third season.

Season three of Queer Eye will take the Fab Five to Kansas City, Missouri. The new season is set to debut on Netflix in 2019. For more info, read below:

· It’s been fifteen years since the Emmy Award-winning series Queer Eye for the Straight Guy revolutionized reality television. The series returned to Netflix in 2018 going global and introducing audiences around the world to a modern aesthetic, diverse perspectives and a brand new Fab Five. Netflix’s new Fab Five are forging relationships with men and women from a wide array of backgrounds and beliefs often contrary to their own, touching on everything from self-love and faith, to immigration and how to make the perfect homemade poke bowls and more!

What do you think? Are you a fan of Queer Eye? Will you watch season three?

YES! Such a fun show!