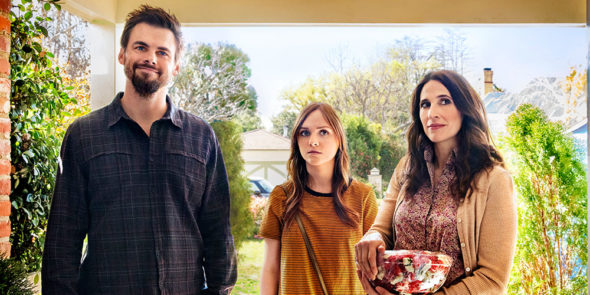 “We’re a weird and perfect family.” Hulu has just released the premiere date, trailer, and poster for the fourth and final season of Casual.

The fourth and final season of Casual debuts on Hulu on July 31st.

Watch a sneak peek, see posts from the cast’s farewelll, and read more info below: 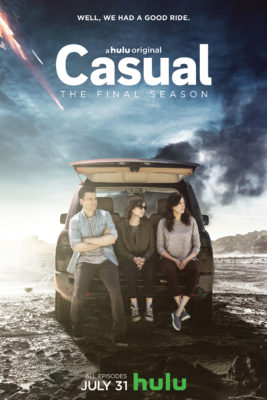 And that’s a wrap on the fourth and final season of @CasualOnHulu. I learnt so much, drank a lot of La Croix, and met some of the finest people you could hope to meet in this town. Binge watch the final 8 episodes come July 31st with the stimulant of your choice. pic.twitter.com/twz9OchUsP

Season four starts several years in the future, and much has happened since we last saw our characters at the end of season three: Alex and Rae are raising a child, Laura is returning from her time abroad with a new job and serious girlfriend, and Valerie is about to make a big life change of her own. The technology may be streamlined, but the relationships are messier than ever.

A Lionsgate and Right of Way production, Golden Globe® Award-nominated Casual is created by Zander Lehmann, and executive produced by Jason Reitman, Zander Lehmann and Helen Estabrook. Lionsgate serves as the international distributor.

What do you think? Do you watch Casual? How do you want the series to end?