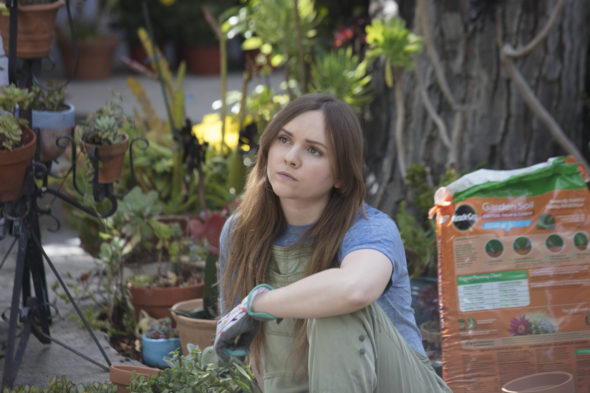 While it is not technically cancelled, the Casual TV show on Hulu is coming to an end. Today, Hulu renewed Casual for a fourth and final season of eight episodes. The third season premiered on Hulu, on May 23rd of this year.

A scripted Hulu dramedy, Casual stars Tommy Dewey, Michaela Watkins, Tara Lynne Barr, Nyasha Hatendi, Julie Berman, and Katie Aselton. Casual centers on Alex Cole (Dewey), founder an online dating site, his therapist sister Valerie Meyers (Watkins), and her teen daughter, Laura (Barr). After Valerie’s husband, Drew (Orth), leaves her for a younger woman, she and Laura move in with Alex, who has been dealing with clinical depression. Together, they try to help each other navigate modern dating, both online and off.

Deadline has confirmed that Casual has been renewed for a final fourth season.

What do you think? Are you a fan of the Casual TV series? Do you plan to watch season four? Is this Hulu TV show ending at the right time, or do you think it should have been renewed for season five?

Omg please don’t end! You can’t cancel after only 4seasons!!! This show is so unlike anything else on tv today!! I am so bummed

I love this show!! Fantastic story, actors, etc.; i’m so disappointed it will not return.

I am late to Casual, but really enjoyed it. It would be a shame to have only 8 more episodes. Alex & Val are no where close to resolving their issues and Laura, let’s not go there. The writing is very creative and makes me think, unlike comedies on network TV. Please keep telling it like it is for many seasons to come!

I think it should have a season 5 or longer

I’m glad to hear there will be a season 4,, but SO wish it would have been up for a fifth season as well

Casual is awesome, it’s funny and relatable and reminds me of a modern day Gilmore girls it deserves a season 5

I’m so happy Casual didn’t get canceled. i pray that it won’t. I totally identify with this show about family relationships. I hope to see it around until Laura gets pregnant and has her own family!!