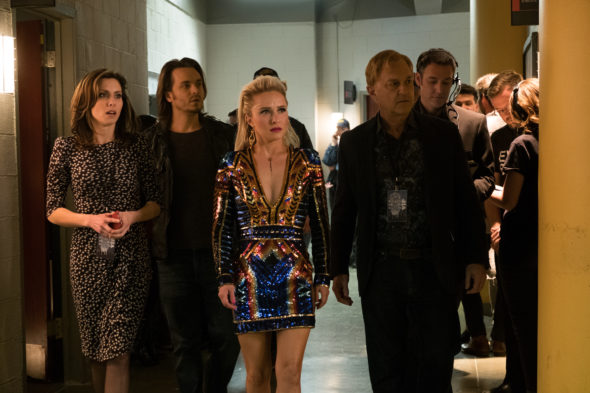 Despite being cancelled by ABC after four seasons, and star Connie Britton’s exit in season five, the fat lady hasn’t sung for the Nashville TV show, yet. Below, check out the new “first look” trailer for season six. The sixth season of Nashville premieres on CMT on Thursdays, in January of 2018. When CMT announces the release date, we’ll let you know.

In the season six trailer, while the narrator says, “The hits keep coming,” is seems that several those hits may be pummeling Juliette’s (Panettiere) last nerve. The crooner appears to tell an audience, “I don’t want your money. I don’t want your attention. I sure as hell don’t want your love.” Check it out.

What do you think? Do you still enjoy the Nashville TV series? Do you plan to tune in for season six of this CMT TV show?