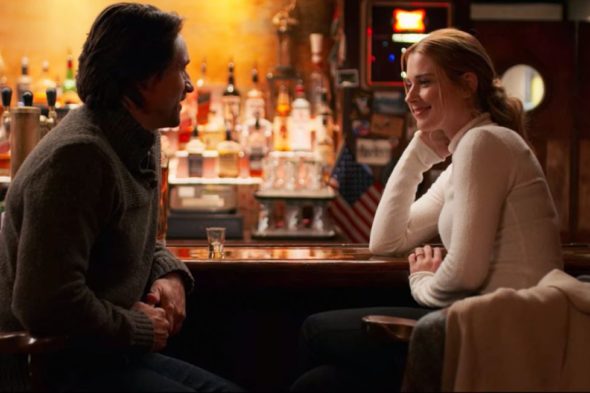 Netflix wants to take you back to Virgin River. The streaming service has renewed the contemporary romance series for a second season of 10 episodes. The new episodes will premiere sometime in 2020.

Based on the Harlequin book series by Robyn Carr, Virgin River stars Alexandra Breckenridge, Martin Henderson, Tim Matheson, Annette O’Toole, Lauren Hammersley, Jenny Cooper, Colin Lawrence, and Daniel Gillies. The show revolves around nurse practitioner Melinda Monroe (Breckenridge) following her move to the small California town of Virgin River. Looking for a fresh start, Monroe learns that living there isn’t quite as simple as she’d expected. She starts to heal herself so that she can truly make Virgin River her home.

The first season of 10 episodes of the show was just released on December 6th. Here’s the second season announcement:

#VirginRiver has been renewed for a second season and the cast — not to mention Martin's dog — is very excited about it! pic.twitter.com/BI7ieZ4Kxd

What do you think? Have you watched the first season of Virgin River on Netflix? Will you be watching season two? Would you have been upset if this show had been cancelled, instead?

I will definitely watch season 2, LOVED this show.

Love virgin river. It’s an awesome show that could go on for several seasons. As in a season focused on Jack battling his PTSD. A season on page and preacher. A season on the crop growers and the damage the pesticides are causing. Either way I will be waiting for season 2 to come out. can’t wait.

love virgin river. when are they going to release the next season on Netflix??? please let it be soon

I’m so pleased to hear this , love the shoe

I’m so happy there is going to be another Season. Great show! I would have been so disappointed if they didn’t continue with Season 2! Thank you

I HEAR. THE SHOW MY BE CANCELLED DO TO ACTOR CONTRACT ISSUES, IS THIS TRUE…?

Loved the first season. Looking forward to the new season.

Loved the first season. Looking forward to the new season.

Yes I will watch. When is it coming

Yes will watch season 2. When will it be on Netflix?

Loved series 1 start to finish, thrilled it’s been renewed for season 2 as I can’t wait for more!

Please renew for another season.