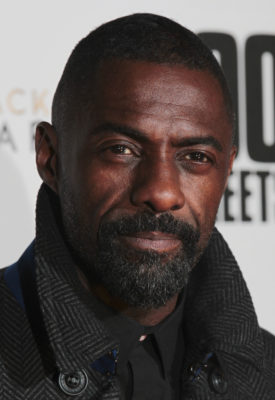 Idris Elba is coming to Netflix. This week, the streaming service announced they’ve picked up a new TV show with the Luther star called Turn Up Charlie.

The comedy stars Elba as “Charlie, a struggling DJ and eternal bachelor, who’s given a final chance at success when he reluctantly becomes a manny to his famous best friend’s problem-child daughter.”

Netflix has ordered eight episodes of Turn Up Charlie, which begins production in May.

Logline: Idris Elba is Charlie, a struggling DJ and eternal bachelor, who’s given a final chance at success when he reluctantly becomes a manny to his famous best friend’s problem-child daughter.

Production begins this May in the U.K.

A passionate and dynamic performer, and clearly – man of many talents – Idris Elba perfected his skills on the wheels of steel long before finding fame on the big screen. But from spinning surprise sets in East London clubs, his career as a DJ has, much like his acting path, skyrocketed the Londoner to stardom. Enjoying a stellar year in 2017, with sets at the likes of Snowbombing, Glastonbury, Creamfields, and Elrow London; where he shared a stage with heavyweights MK & Hot Since 82, Idris further enhanced his growing reputation with performances at LA Sound with Skream, and New York’s legendary Output venue, with Seth Troxler. An ever-popular figure across the Balearic island, Idris was a resident at Hi Ibiza across the summer season, performing with the Mambo Brothers, and even finding time in his hectic schedule to rock the decks of Pacha with Bob Sinclar. A talented producer, as well as remixer, the British DJ’s mix of ‘Circles’ (released on his own 7Wallace label), was met with acclaim across the industry, and precedes the upcoming Brett Gould EP on 7Wallace. Kickstarting 2018 in a similar vein of form, Idris performed at legendary producer Shy FX’s ‘Cul.ture’ residency, having previously remixed Shy’s ‘Chocolate’ under his Driis moniker; with the record rapidly climbing the ranks as one of 2017’s most heavily supported tracks thanks to his two dynamic interpretations of the original in the form of the Driis 7 Wallace Mix, and the Driis Sugar Zaddy Mix. Taking his talents across the globe in 2018, Idris continues to cement his reputation as one of dance music’s most in-demand names, with sets already scheduled at the likes of Bristol’s esteemed Motion venue, Forbidden Fruit in Dublin, SW4, and July juggernaut, Tomorrowland, as well as a special residency in Ibiza for the upcoming season.”

What do you think? Are you a fan of Idris Elba? Will you watch Turn Up Charlie?