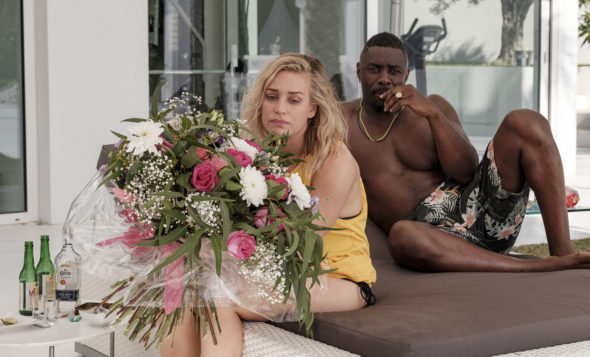 How are things turning out for Charlie? Has the Turn Up Charlie TV show been cancelled or renewed for a second season on Netflix? The television vulture is watching all the latest TV cancellation and renewal news, so this page is the place to track the status of Turn Up Charlie, season two. Bookmark it, or subscribe for the latest updates. Remember, the television vulture is watching your shows. Are you?

Since they gather their own viewership statistics unless they decide to publicize viewership, it is difficult to predict whether Netflix will cancel or renew Turn Up Charlie for season two, so let’s look at what we do know. The reviews for Turn Up Charlie have been mixed, but Elba is extremely popular. Netflix is not above cancelling critically acclaimed shows (most recently One Day at a Time) while renewing less well-received programs. Since that all amounts to, “It’s anyone’s guess,” I’ll keep an eye on the trades and press releases and update this page with breaking developments. Subscribe for free Turn Up Charlie cancellation or renewal alerts.

What do you think? Are you sad that the Turn Up Charlie TV show has been cancelled? Do you think Netflix should have renewed this TV series for a second season, instead?

I haven’t even finished season 1 of Turn Up Charlie but I can’t wait for season 2 so please, please renew it.?