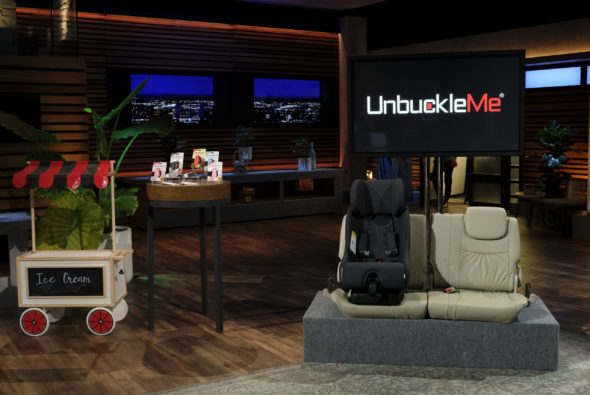 Get ready for a double dose of Shark Tank. The series will air on two nights a week with episodes airing on Wednesday nights on May 6 and May 13. The series currently airs on Friday nights in the 8pm time slot.

ABC revealed the following about Shark Tank episode set for May 6 in a press release:

“A mother and daughter from Houston, Texas, demonstrate their portable gadget designed as a solution to safely and quickly get children in and out of a car. A tech-savvy trio from San Francisco, California, pitches their lower-cost computer for kids to make technology accessible to more people. Another entrepreneur from San Francisco tries to sell the Sharks on a data-driven approach to personalized skincare with her product line. A computer scientist and engineer from Columbia, South Carolina, shares a device created to bring a robot revolution to children’s education on “Shark Tank,” WEDNESDAY, MAY 6 (10:00-11:00 p.m. EDT), on ABC. Episodes can also be viewed the next day on demand and on Hulu.”

What do you think? Will you watch Shark Tank twice a week in May?

I sure will watch it. It’s my favorite show.

Hell, I will watch Shark Tank twice the month in May 2020.