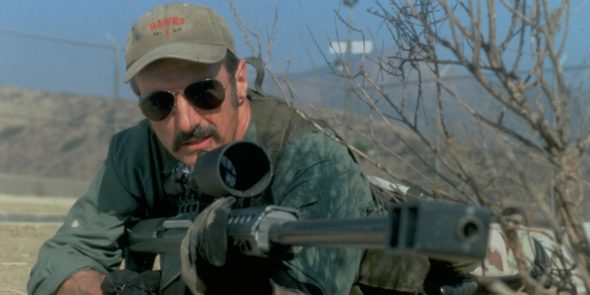 Tremors is alive and well. With a new film coming next year and a new television pilot in the works, fans have asked Michael Gross if he will appear on the new series from Kevin Bacon.

“This is a story from June, 2017, but for Tremors fans who have been asking, “Will Kevin Bacon return to do the films?” or “Is your Burt Gummer character going to be in Kevin’s series?” I think we can say with a good deal of certainty that the answer to both questions is ‘no.’ The series is currently shooting in and around Albuquerque, New Mexico, and I have no other details. #tremorsfilm #tremors #burtgummer #film #horror #creaturefeatures.”

Are you sad to hear that Michael Gross will not appear on the new Tremors? Tell us what you think.

He knows the movie then was a nightmare why would he do that again.LOLSmart guy

That’s a shame, I loved him in the first two movies (before the straight to DVD release).