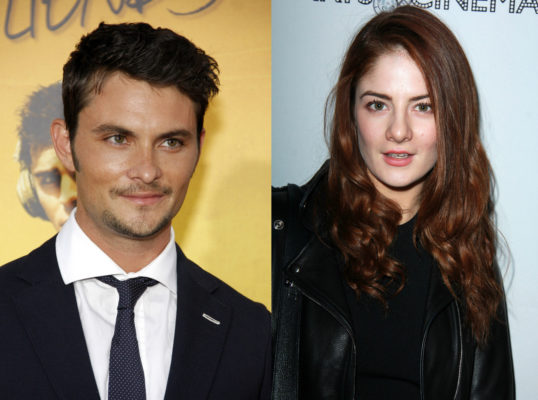 Read below for more casting details for Syfy‘s Tremors reboot:

Tremaine will play the role of Emily McKee, the whip-smart daughter of Val (Bacon) with a bright future ahead of her. She is newly graduated and stops by Perfection to visit her dad, but quality time with him is the standard disappointment, as Emily sinks further into the understanding that he’ll never change.

Ketch will play Mindy Sterngood, a charismatic young doctor with an eyebrow-raising fixation on the much-older Val, who saved her from a Graboid at age 9. But Mindy is hiding something that makes her an unanticipated threat: Compelling as she is, more cunning is her mask.

Fernandez will play Nico Garza, who has been killing time in Perfection, working in Earl’s Graboid Waste Gobbling company, waiting for the right moment to split. The last thing he wants is to turn out like Val, who’s stayed stuck in nowheresville all these years.”

What do you think? Are you a fan of the Tremors movies? Will you watch the Syfy TV series?