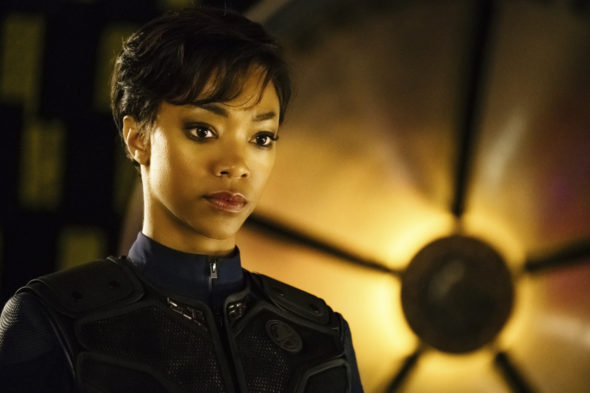 “It lays the groundwork for a lot of the mythology.” Today, CBS released a new behind-the-scenes preview for their upcoming series Star Trek: Discovery.

The newest installment in the Star Trek franchise will take place 10 years before the original series and follows “the voyages of Starfleet on their missions to discover new worlds and new lifeforms, and one Starfleet officer who must learn that to truly understand all things alien, you must first understand yourself.” The cast includes Jason Isaacs, Mary Wiseman, Sonequa Martin-Green, Rainn Wilson, Doug Jones, Anthony Rapp, Michelle Yeoh, and James Frain.

Check out the new behind-the-scenes preview below:

What do you think? Are you a big Star Trek fan? Will you watch Discovery?

The show is interesting I watched the first two episodes, one on brodcast the secone on Demand. I will continue watching, but it would have a much better audience if it was not restricted to on demand.

Won’t be watching if only available on CBS On Demand.