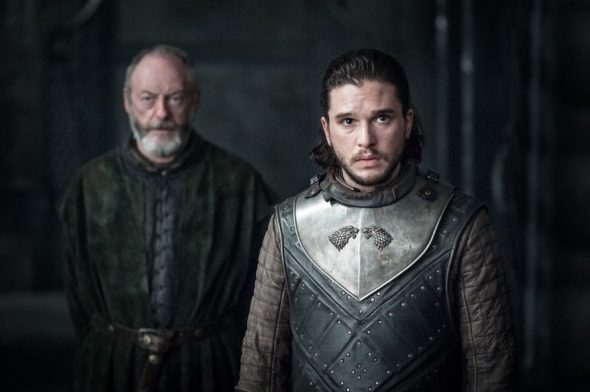 What can fans expect from the final season of Game of Thrones? Recently, star Kit Harington spoke with Deadline about the eighth and last season of the HBO TV show.

In the interview, Harington revealed everybody is stepping up their game for the final season of Game of Thrones:

Well, I think there’s a certain pressure I’ve not felt before. Whereas before, every year there’s always been a bit of pressure, this season is one where we could easily let people down. Obviously, we don’t want to do that so we’re very much stepping up everyone’s game which is very apparent, at least to me. We’re all growing a bit and I think everyone’s attention is very focused on what we’re doing in a way that it’s always been, but it may be more apparent.”

Harington also revealed that the first part of the final season has already been shot. Though, HBO has yet to reveal season eight’s premiere date:

These days are long and a grind but we’ve got the first section out of the way, and all is well. All is good.”