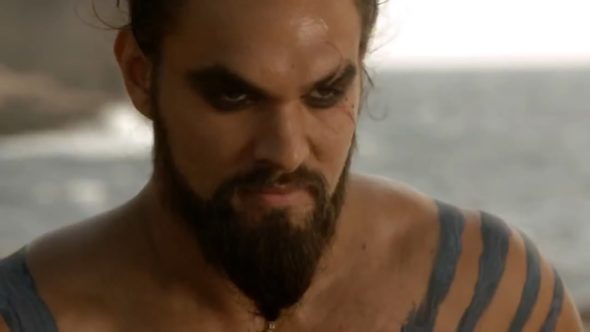 Game of Thrones fans need to prepare themselves for a big final season. Jason Momoa recently visited the set of the series, and he was told the plot of the final season. He couldn’t contain his excitement over what he’d heard.

He said the following about the final season of the HBO series to Entertainment Weekly:

Some fans assumed his visit to the set meant his character, Drogo, was back for the season. However, he made it clear that is not happening. His character died during season one.

Are you excited to see how Game of Thrones ends? Tell us what you think.

for the first I just saw a few bits and wasn´t really into it (german dub) then I decited to give it a go after seen 2 epidodes in german to watch it all in english (much better) and now, what can I say, its beside Vikings best ever TV Show and it hurts to hear that it ends