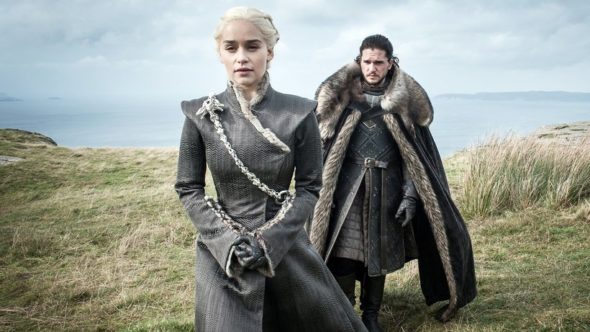 The big day has arrived! HBO just announced the premiere date for the eighth and final season of Game of Thrones.

The eighth and final season of Game of Thrones debuts on HBO on April 14th at 9 p.m. ET/PT.

HBO aired a new tease for GAME OF THRONES tonight, which announced SUNDAY, APRIL 14 as the debut date for the show’s six-episode, eighth and final season. As in previous seasons, the series will air at 9:00 p.m. (ET/PT), exclusively on HBO.

The tease was directed by David Nutter, who won an Emmy® in 2015 for the season five finale (“Mother’s Mercy”).

The tease includes an original score by Ramin Djawadi, who won an Emmy® in 2018 for the season seven finale (“The Dragon and the Wolf”).”

What do you think? Are you a big fan of Game of Thrones? How do you want the series to end?