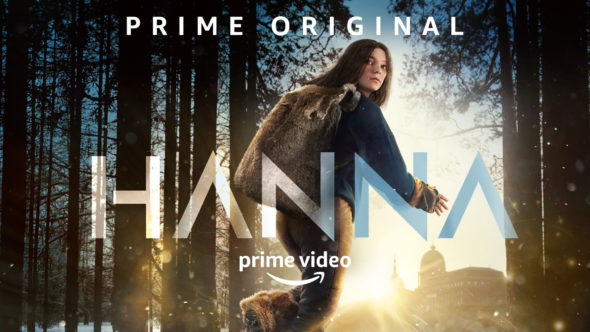 How close does Hanna get to the truth during the first season of the Hanna TV show on Amazon? As we all know, the Nielsen ratings typically play a big role in determining whether a TV show like Hanna is cancelled or renewed for season two. Amazon and other streaming platforms, however, collect their own data. If you’ve been watching this TV series, we’d love to know how you feel about the Hanna season one episodes. We invite you to rate them for us here. *Status update below.

What do you think? Which season one episodes of the Hanna TV series do you rate as wonderful, terrible, or somewhere between? Should Amazon cancel or renew Hanna for a second season? Don’t forget to vote, and share your thoughts, below.

*4/11/19 update: The Hanna TV show has been renewed for a second season on Amazon.

Great show! Provides a much-needed bridge between character’s ages. Hanna is fierce. Marissa and Erik are superb acting partners. It’s a refreshing show and I want to see much more. Please keep going!

Love this show… so much deeper than the movie! Love The Killing stars together again and Esme is awesome as Hanna! Utrax is bad, bad, bad! Can’t wait for the girls to awaken!

Hanna is one of the best series I’ve seen in a long time. Would love for another season!!!!

Great series..continues to keep viewer involved. .reminds me of what a series adaption of the Logan movie would be..

Great series! Want more!
My husband did not expect to like it but tried because we liked the Killing stars. He changed his mind during the second episode — big fan now.

You MUST renew. Best series lately. Must know who is behind experiment, if Hanna goes back to forest with 249 to train, what the two on plane do!!! They awakened!

Loved the show can’t wait til
Season 2 is out.

It is by far one of the best TV shows made. Great storyline. Perfect cast. Great Actors and actresses – just like the movie and more. We look forward watching season 2!!
P.S please bring back Sophie in Season 2!