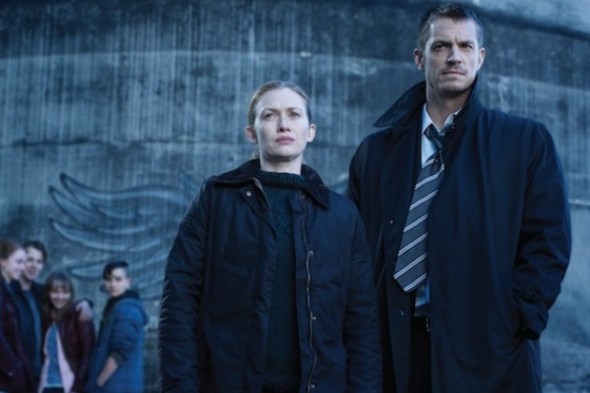 Mireille Enos and Joel Kinnaman are back on screen together. Deadline reports the Killing stars will reunite for Amazon’s upcoming TV show, Hanna.

Based on the 2011 movie, the drama “follows the journey of an extraordinary young girl, Hanna (Esme Creed-Miles), as she evades the relentless pursuit of an off-book CIA agent and tries to unearth the truth behind who she is.”

On Hanna, Enos will be playing “Marissa, an efficient and ruthless agent who has risen up the ranks of the CIA” and Kinnaman has been cast as “Erik, a hardened, intuitive and uncompromising soldier and mercenary, who has raised his daughter in the remote forests of northern Poland for the past 15 years.”

Hanna is set to begin production next month. Prime Video has not yet set a premiere date.

What do you think? Have you seen the movie Hanna? Will you watch the Amazon series?

Love this series please give us more. So well acted.

Such a well done series. Can’t wait to more.

They were kind of the Mulder & Scully of The Killing so seeing them in a more contentious role with each other will be strange. But of course I will be watching.