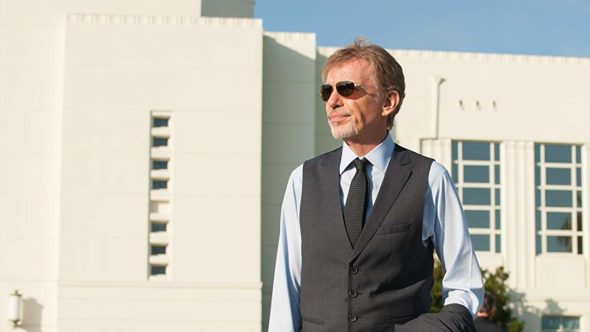 Goliath is adding three more to its cast for the final season of the series. Jena Malone, Clara Wong, and Haley Joel Osment will join Billy Bob Thornton on the series.

Variety revealed more about their roles on the Prime Video series:

Haley Joel Osment “joins the cast Dylan Zax. Dylan is described as the weakest link in the Zax family and someone who isn’t the brightest or the most ambitious.”

Clara Wong “will play Kate Zax, a dedicated chemist for the family business — one of the nation’s largest pharmaceutical companies. Kate struggles to reconcile her loyalty to her family with her own sense of morality.”

Jena Malone “will play Samantha Margolis, the managing partner and de facto head of the white-shoe law firm Margolis & True and the daughter of one of the founding partners. Samantha has much to prove under tremendous adversity while dealing with debilitating health issues.”

The premiere date for season four of Goliath has not yet been set.

What do you think? Are you excited to see these new faces on the final season of this Amazon series?

Excited for Season 4. Great show. Love the cast and characters!

We love the show! Billy Bob Thornton is always great and perfect for his part. All of the casting is amazing and the writing is outstanding.

Love the show. So excited for its return.

OMG, this is the best show ever. Soooo hate to see that 4th season the last. Cast is amazing, and stories riveting. Great directing. Everything about this show is terrific. Can’t wait to see season 4.

Yes, the sooner the better!! Can hardly wait, I’m ready tomorrow!! Thornton is one of the
best actors out there!!

BESR SERIES EVER ..I AM SO SAD TO SEE IT END
BUT ALL THINGS MUST COME TO ANN END

Cannot wait and am hoping this last installment is better than the last one. So sorry to see it go. We’ve enjoyed the primary cast so much , especially BBT.

Love love love the show. Hate to see it go.

I have really liked the series.

My wife introduced me to the series and I love it. Sad to know that it’s the last season.