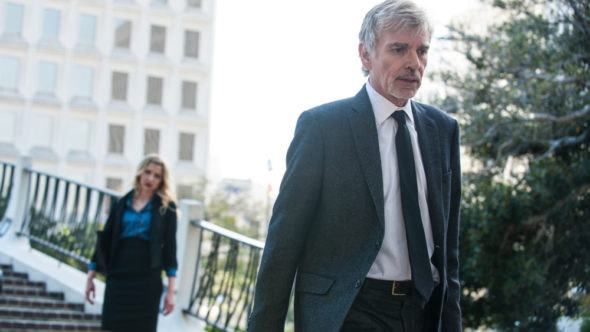 Season four of the Amazon series features Thornton’s character taking on a case that involves a “global crisis.”

Deadline revealed the following about the roles Simmons and Dern will play on the series:

“Simmons plays George Zax, head of a family-owned and operated pharmaceutical company, one of the nation’s biggest. Dern will portray Frank Zax, George’s brother and the scientific genius and ostracized black sheep of the Zax family.”

A premiere date for the final season of Goliath has not yet been set.

What do you think? Are you a fan of Goliath? Are you excited to see these new faces join the cast?

Is Dennis Quaid going to be in this series

Yes, wish the series would continue for more seasons

One of the best series we have watched in an incredibly long time please don’t end it too soon .

I’m sorry that season 4 will be the last one. I’m a Billy Bob Thornton fan and have looked forward to each episode.

I liked Goliath. I’m not sure how many more seasons Goliath could go. But he’s a great character. J.K. Simmons and Bruce Dern are awesome.