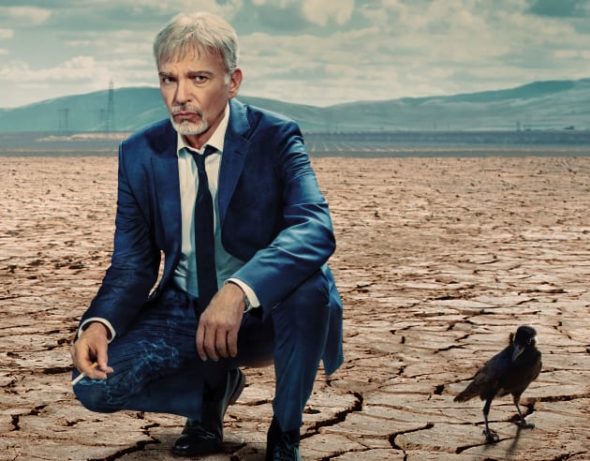 Goliath is being given a bit more life. Amazon has renewed the Billy Bob Thornton drama for one more season. Season three premiered on October 4 on the streaming series, and its future was up in the air. Now, fans breathe a sigh of relief. Goliath will be able to wrap its story. Season three ended on a cliffhanger, and no one likes to go out on one of those!

Lawrence Trilling, the current showrunner of Goliath, said the following about the renewal, per The Hollywood Reporter:

“I’m thrilled we get another season to tell Billy McBride’s story. Our latest case tackles a timely global crisis that impacts an entire generation, and we will be adding some exceptional talent to our already amazing cast. I’m so grateful to everyone at Amazon for their support of the show. [Executive producers] Jennifer [Ames], Steve [Turner] and Geyer [Kosinski] have been dream partners, Billy Bob is a constant inspiration, and I’ve been blessed to work with a stellar cast and crew.”

Jonathan Shapiro, one of the creators of the series, went to his Twitter account to share his feelings about the renewal of the series as well:

Ratings are not available for the Amazon series, but the series averaged in a 9.53 in our viewer voting poll on this site for its third season.

What do you think? Are you a fan of Goliath? Are you excited to see what happens next to Billy McBride?