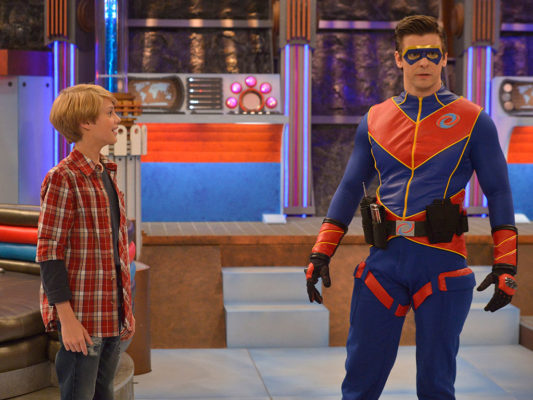 Henry Danger is in no danger of being cancelled. Deadline reports Nickelodeon has ordered additional episodes for the TV show’s fifth season.

Last year, we reported Nickelodeon added 10 more episodes to season five of Henry Danger. Now, Deadline says the network has added another 10, bringing the season’s total to 40 episodes and the show’s to 127.

Season five of Henry Danger is currently airing on Nickelodeon.

What do you think? Do your kids watch Henry Danger? Are you glad the show is doing well?

It had to end soon. Jace wants/needs to head
off to college Full time. Sadly many good Teen
Nick shows are or will be ending in 2020.
It’s been a good run kids(many under 25 years old).
But it’s time to get a degree and move into
your adult lives(out of the limelight) for a while.
Thanks for the years and wish you all
much happenss luck.! In your adult lives, maybe we’ll see you again in 4-6 years.
It has worked for other Disney kid stars.
Dylan & Cole. The girl from “Hanna Montana” and the “Game Shakers” cast.

My 8 year old twins and I are big fans of Kid Danger and Captain Man. My daughter, especially is devastated that the show is going off the air. She cries every time she sees the preview for the finale series with Kid Danger’s mask falling to the ground in smoke and charred. While Captain Man is sayings”Kid where are you”. ? There is a better way to end a series. My daughter was very upset.

Please do a henry danger movie

My kids are adults and watch other shows. I’m middle aged and totally hooked on Henry Danger!! Absolutely love the humor; it’s got humor that is child like plus adult like. ( I know other adults watch it too) It’s just fun and uplifting in this day in age that’s gloomy. It should be considered a family show and Nick should keep the seasons running as long as possible!!!

My my disabled daughter likes to show she’s really into it she likes captain man and kid danger she thinks they are both cute, we are hoping for a 6th season

i don’t understand why they are cancelling good shows

me 2. love it. LOL Henry aka Jace Lee Norman is cute and I will be sad if his show is cancelled. If it is let him star in another one nickshow .

My 3 year old loves this show and my wife and i are hooked. Genuinely funny with great characters. Cooper Barnes should be a will Arnett type star IMO

I am very happy that the show will still be on. I like it very much and watch it all the time Henry is so cute!!!!!My daughter likes it also.