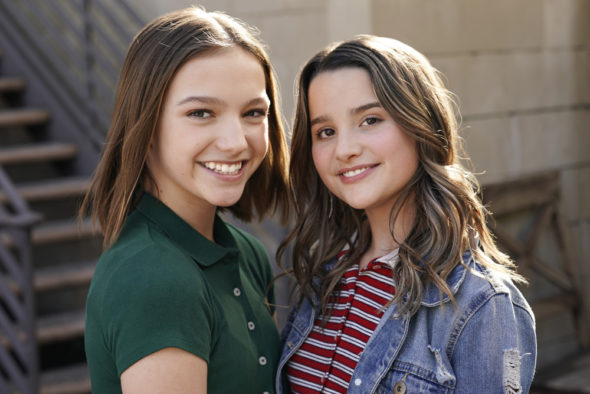 Nickelodeon has ordered more episodes of two of their series, Nickelodeon’s Unfiltered and Side Hustle. per Variety.

The cable channel has renewed Nickelodeon’s Unfiltered for a second season which kicked off last night. Jay Pharoah hosts Nickelodeon’s Unfiltered, and he is joined by two stars of All That, Lex Lumpkin and Gabrielle Nevaeh Green, and America’s Got Talent winner Darci Lynne as panelists. The panel tries to figure out which celebrity is disguised behind a 3D filter and voice changer.

As for Side Hustle, seven additional episodes of that series have been ordered. That extends the first season of the Nickelodeon scripted comedy to 20 episodes. Side Hustle will return with new episodes on January 23rd.

Jules LeBlanc and Jayden Bartels (above) star in the scripted Side Hustle comedy which follows the duo as they find ways to make money to replace items damaged by fireworks.

What do you think? Are you a fan of Nickelodeon’s Unfiltered or Side Hustle on Nickelodeon?

Side hustle I would like there to be like four seasons or at least there should be a season two.

side hustle i would love to see a season 2