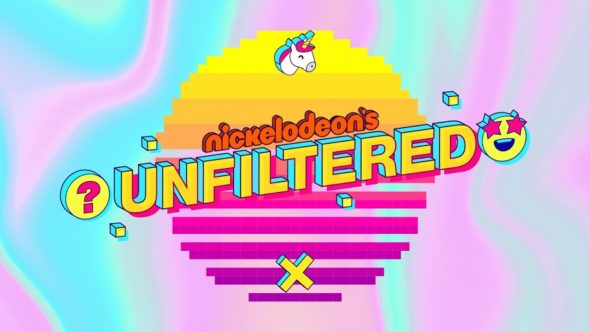 Nickelodeon has a new game show coming to the cable channel very soon, and more has been revealed about the series. Originally named Game Face, the series is now titled Nickelodeon’s Unfiltered, and it will arrive on the channel next month. Comedian Jay Pharoah will host the new show.

Nickelodeon revealed the following about the new series in a press release:

Said Pharoah, “As a person who likes to transform and play multiple characters, I always love a good disguise and I can’t wait to see which panelist will be able to figure out our guests’ identities. Nickelodeon’s Unfiltered is going to be an outrageously good time, and we have some big names and surprises that you really won’t want to miss!”

Each episode of Nickelodeon’s Unfiltered will feature celebrity guests whose true identities are hidden behind an animated 3D filter and voice changer, while the panel deciphers the mystery through rounds of Q&A, wacky trivia and hilarious game competitions. The first panelist to guess the star hiding behind the filter wins the round. Viewers can get in on the fun by downloading the show’s filters to transform into the same digital characters as their favorite celebrities.”

What do you think? Does Nickelodeon’s Unfiltered sound like a fun series?  Will you watch this new series?