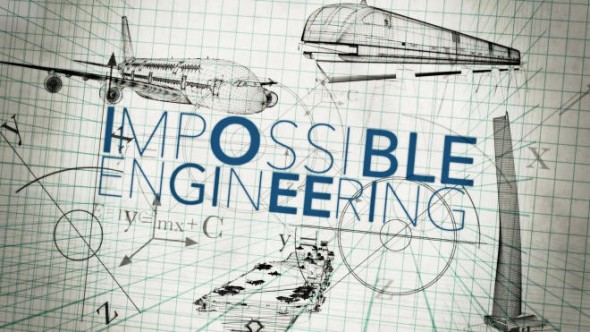 Science Channel is ready to ride the rails again. The network just announced Impossible Engineering: Extreme Railroads will return for a sixth season in May.

The new season of the docu-series “will showcase the world’s most extraordinary railway systems, from the deepest jungles to the highest peaks and beyond.”

Railroads play an essential role in connecting and developing civilizations around the world. They climb the world’s steepest mountains, cross impossible stretches of water, penetrate the world’s most desolate deserts, and completely transform urban cities. The new season of IMPOSSIBLE ENGINEERING: EXTREME RAILROADS, premiering Wednesday, May 1st at 9pm ET/PT on Science Channel, will showcase the world’s most extraordinary railway systems, from the deepest jungles to the highest peaks and beyond.

Throughout the season, IMPOSSIBLE ENGINEERING: EXTREME RAILROADS will go around the world with exclusive access to some of the most ground-breaking railroads on Earth and talk to the engineering experts who have created them. From high-altitude tunneling through the Swiss Alps and navigating the winding mountain ranges of Spain, to navigating the world’s busiest shipping lane in the English Channel, and breaking ground on the world’s tallest bridge in India, IMPOSSIBLE ENGINEERING: EXTREME RAILROADS demonstrates how the global railway system has helped to create a more innovative, better-connected world.

“As an extension of our popular Impossible Engineering series, Extreme Railroads is a great way for viewers to learn about the amazing technology being put to use to transform railroad systems all over the world,” said Lindsey Foster-Blumberg, Supervising Producer, Science Channel.

As the series travels to some of the most unique and hostile environments on the planet, viewers will see first-hand how the railway system has overcome the many challenges that have stood in its way throughout history, and the complex problems engineers continue to face as innovations in technology and science push us to travel faster, safer and more efficiently as we head toward a future that includes the high-speed technology of Hyperloop One.

What do you think? Have you seen Impossible Engineering: Extreme Railroads? Will you watch the new season?