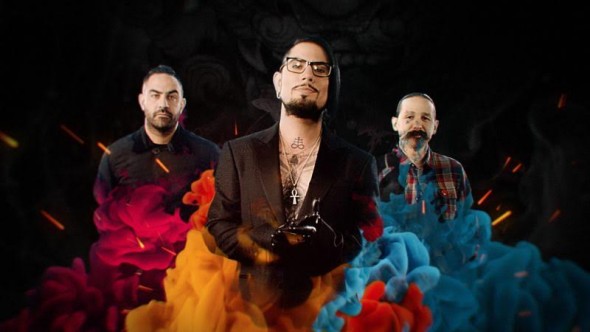 The competition show “puts artists through a series of tattoo challenges that not only test the artists’ technical skills, but also their on-the-spot creativity, as they must create and execute an original tattoo on a ‘human canvas.’” The judges include Oliver Peck, Dave Navarro, and Chris Nuñez

New York, NY, November 28, 2017 – “Ink Master” returns for a tenth season starting Tuesday, January 9 at 10pm ET/PT. For the first time, the series will welcome back three “Ink Master” winners to coach and mentor artists in the quest for $100,000, an editorial feature in Inked and the coveted title of “Ink Master.” In addition, the former “Masters,” Season Two’s Steve Tefft, Season Seven’s Anthony Michaels and Season Nine’s DJ Tambe, will be competing against each other to win $100,000 of their own.

From Truly Original, the tenth season of “Ink Master,” titled “Ink Master: Return Of The Masters,” will debut on Spike TV starting January 9 and will continue to air on Tuesday nights when the network relaunches as Paramount Network on January 18.

“I am ecstatic that we are bringing back Steve, Anthony and DJ to go head to head this season,” said Chachi Senior, SVP Alternative Programming and Development, Paramount Network. “Their coaching styles, as well as their talent as artists is the perfect set up for an intense season 10.”

This new season starts off with 24 potential contestants who are put through a series of intense tattoo-style challenges, after which Tefft, Michaels and Tambe will select their top six artists to compete as part of their teams. Throughout the competition, the artists will be tested on their technical skills along with their on-the-spot creativity, as they must conceive and execute original tattoos on “human canvases.” Each episode will focus on a different and distinct style of tattooing and, as always, while the artists’ masterpieces will last a lifetime, so will their mistakes.

Viewers can find more on each artist including biographies, photo galleries, artwork portfolios and team introduction videos by visiting inkmaster.spike.com. Throughout the season, fans can watch full episodes and video clips, and are encouraged to join the conversation on social media using #InkMaster. The latest in tattoo culture and series news can be found on the official “Ink Master” Facebook page, on Instagram, Twitter, and Pinterest.

What do you think? Have you seen Ink Master? Will you watch the new season?