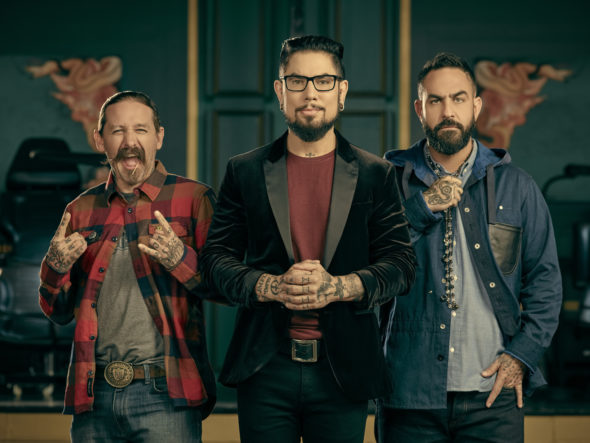 This good news is written on your skin, rather than in stone. Paramount Network has renewed the Ink Master TV show for an 11th season, which will debut on a date TBD in 2018. The Ink Master season 11 renewal comes just ahead of tonight’s season 10 finale episode.

Premiering on Spike TV, prior to its rebranding as Paramount Network, Ink Master is a tattoo competition reality TV series. It features elite tattoo artists contending for a $100,000 cash prize, an editorial feature in the magazine, Inked, and the title of “Ink Master.” Dave Navarro hosts, with Oliver Peck and Chris Nunez serving as judges.
Deadline reports:

‘I am ecstatic to see Ink Master reach its eleventh season as it continues to be a great ratings driver for the network’, said Chachi Senior, Senior Vice President, Original Programming, Paramount Network. ‘Coming on the heels of an exciting tenth season, we’re psyched to give the fans another great season’.

What do you think? Are you a fan of the Ink Master TV series? Will you watch tonight’s season finale? Do you plan to check out the 11th season on Paramount Network?

One of my favorite shows. These shows are artistic, creative and helps the contestants grow just by being on the show. I hope it’s renewed.

Please, please renew Ink Masters for as many seasons as possible. I love tattoos and live precariously through other who are inked on line.