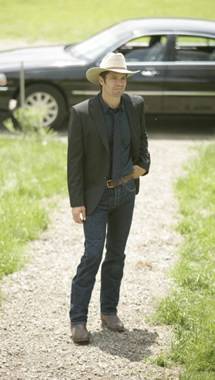 Love this show, please bring it back!!!!!

Definitely a fantastic show. The characters are so charismatic. I hope that it returns for many more seasons.

Yes! Bring this one back!

I have found this series to be the best of all that TV has offered in a long time. Looking forward to season 3 and many more afterwards. Please keep it comming

Yes, bring it back for another season. The show is great.

Great show! Definitely want it back for season 3!!!!

Just watched season one on dvd – can’t wait to see season 2 and 3. Best tv series in a long time.

Yes…by all means… please bring it back…!..

I love this show, the cast is great. This show should be on all the time.

Statistics are just that statistics, it doesn’t stop the fact that faithfully every week my fiancee and I would be in front of our tv screen anticipating what was happening next on this great series. As I have gotten older, and now all the reality tv, it was refreshing to be able to get into a series again. All the excitement and suspense every week was great and it left us wanting more. I have been avidly searching the internet to find out when Season Three would be starting to be disappointed yet again 🙁 (Loved a couple other shows… Read more »

Yes , Please, I love the show and the characters are fantastic. So nice to have something different for a change, we needed another series where Timothy Olyphant could wear a cowboy hat.

Oh PLEASE bring it back!! My boyfriend and I LOVED that show. We’re trying to find Season Two on DVD’s but apparently they’re not on the market as of yet!

Heck yes, this show is the greatest! I’ve watched every episode.

I would love to see the show come back. Timothy Olyphant is a great actor and the people that work with him are awesome. I dont miss an episode.

keep up the good work and please bring it back.