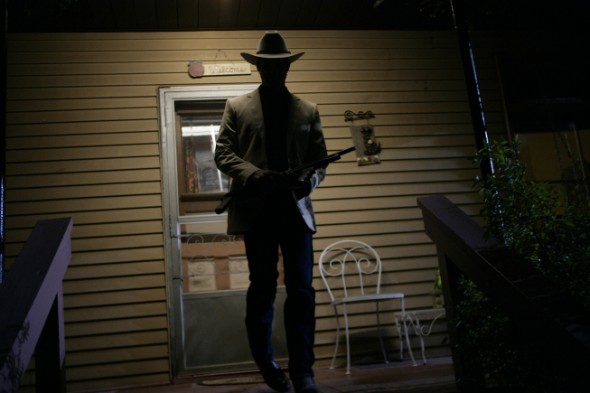 This is one of the better shows on cable. Such a sad ending. Would love it back.

Dont leave US Now!.. Get As Much of the original Cast,Come Back n Continue On!.. i luv the cowboy’ish,modern western kinda shows on various networks n Movies As Well!

So sad to see this show end. Please no more talk, singing or game shows

Justified should have continued on, most of this stuff was common place for the drug wars n Kentucky n the 80s and 90s. The show was great, I just wish they would come back out with Crowder being released , Ava and her son growing up and Raylan still fighting the fight. This was a wonderful series and for me it could have went on for years….I truly enjoyed the shows. In my opinion the show stated exactly how things happened in Kentucky when weed was ruling the state. Our newspapers are not as full as they use to be… Read more »

My husband and I rarely watch much television. When friends highly recommended this show to us just last winter, we began binge watching it on Amazon Prime. We are completely addicted, and cannot believe it’s ending. So sad! This is the only show where even some of the “criminals” are likable. We’ll miss all of our favorite characters, especially Boyd and Ava…..not to mention the guy who wants out.

I’m so sad to see this end! My Husband and I are fans of the this show so much that we DVR it even though it’s on Demand because we sometimes have to see the sode we just watched just in case we missed something we needed to see – or hear. It’s AWESOME!! Come on Timothy, just a couple more seasons??!! We need more time to let go! We have to have some time to process the possible ending and it’s just not fair to pull the rug out from under us at the beginning of the last season!!… Read more »

We love this show! Please don’t let it cancel. We love Timothy Olyphant!

Go to the website of Justified and you will find out your beloved Timothy Olyphant is the one that wants out and that’s why we are losing the show. I say just send him back to Miami or wherever and bring in another crooked marshall and let me keep Boyd who is my favorite character. They have enough material for 3 or 4 seasons but are ending it for good old Raylan Givens. Geez I am so mad at him.

Good show. As a retired cop I like it. Refreshing , not nandy pandy politically correct. The way things should be, not the way they are..