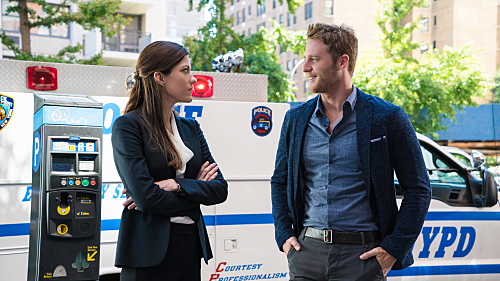 Love this show! Looking forward to many seasons. Good mix of drama, intrigue and humor. Glad there is no blatant sexual scenes or innuendos.

Limitless is a great show. Hope it goes for another year.

Please don’t cancel Limitless. We love the show and can’t wait to see more. I think everyone in the world wishes they could use 90 % of their brain and this show is too interesting and makes everyone want to see what happens next. Cancelling this show would be a very bad idea.

Limitless is the better show, not only does it have drama but great comedy is included

Limitless is an awesome show you’ve got to keep it on the air. My family all sit together and watch it.

Limitless is a great show, please renew the show!!!

LOVE THIS SHOW, WHEN DOES SEASON 2 START????

Limitless is one of the most fantastic shows on television. It’s original and never boring. I love the fact that the show carries on from the movie. It’s one that we can watch as a family. The characters never waiver and are extremely believable. Love, love, love Limitless. Cancelation should NOT EVER be a question.

Very clever writing and acting. Main character is very likeable. Looking forward to how Senator Mora will ultimately use Brian. Great show, look forward to it every week.

I really hope they dont cancel it… its one of the best show ever! Pls renew the show!! -.-

Love this how. Please don’t cancel…