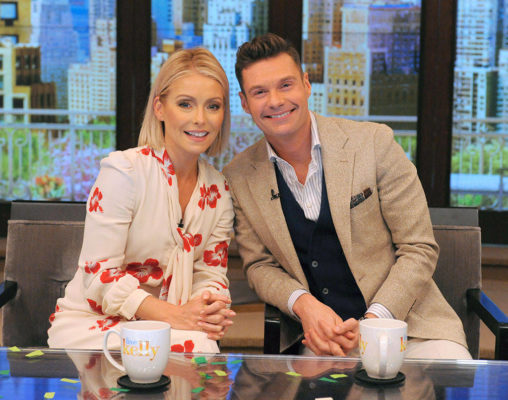 Live with Kelly and Ryan are doing something special for September. Beginning today, the ABC TV show is kicking off their 31st season with “LIVEtember” — a full month of live acts and special guests.

Live with Kelly and Ryan‘s “LIVEtember” continues on ABC throughout the month of September.

From Sept. 4 – 7, Viewers Can Get in on Even More ‘Live’ Action Beyond the TV Screen

September on “Live with Kelly and Ryan” transforms into “LIVEtember,” as the top morning talk show kicks off its 31st season on Sept. 3 with a phenomenal lineup of guests, music acts and “live” festivities all month long.

“Live” also celebrates the launch of the new season Sept. 4-7 by taking the viewers live behind the scenes every day on one of its digital platforms, either before or during the show. The special digital live streams will capture all the backstage and off-air excitement on set. Each day will be hosted by a different social media sensation, who also will return as a guest for a demo on that day’s show. Tuesday’s edition will be hosted by LAUREN of LaurDIY, followed by ALISHA MARIE on Wednesday. On Thursday, the Merrell Twins – VANESSA and VERONICA MERRELL – will take over, and COLLINS KEY closes out the week on Friday.

“Live with Kelly and Ryan” is distributed in national syndication by Disney|ABC Home Entertainment and TV Distribution. The show is produced by WABC-TV in New York and executive produced by Michael Gelman, Kelly Ripa and Ryan Seacrest. Visit “Live” on the web (KellyandRyan.com), Facebook, Instagram, Twitter and SnapChat (@LiveKellyRyan).”

What do you think? Do you watch Live with Kelly and Ryan? Are you excited for the new season?

Does Josh have a trash compactor? Take it apart and check the inside top. I had a smell we could not find and it was food stuck to the top part of the compactor.

All I wanted to know was if ABC was cancelling Kelly Rippa’s worthless show. She thinks she’s funny but in reality is only a huge attention hog. It should have been cancelled when Regis retired.

I think they are great.

I have been watching it since it was Live with Regis & Kathy Lee., I would prefer her to have different guests, rather than Ryan Seacrest. I like her better with a variety of co-hosts. I will still watch, but not really a fan of the paring of her & Ryan.

No i do not watch. Not a big fan of her.

RENEW!! Kelly & Ryan are the best ever on Live, I love them both. I’ve been with Kelly since All my Children from her day one, I Remember Ryan since he and Mr. Dunkleman I guess that’s his name I’m so happy that Ryan is still going on yay!!!
Kelly & Ryan please stay with Live you’re both loved so very much❤️❤️❤️❤️

What is wrong with Kelly’s eyes? Does she have Jet-lag after her vacation ? Maybe she is up all night with getting the kids ready for new school year?
Love the show.