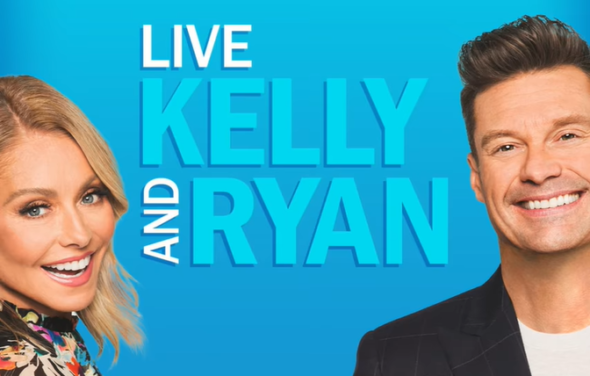 Another syndicated daytime show is getting ready to return to the small screen this fall. Live with Kelly and Ryan will start its new season soon. Hosts Kelly Ripa and Ryan Seacrest will also return to the studio at the start of the fall season.

More was revealed about the return of the syndicated series in a press release.

“September 2020 on Live with Kelly and Ryan will mark the top morning talk show’s return to its New York City studio, with hosts Kelly Ripa and Ryan Seacrest and the “Live” team transitioning from more than five months of shows produced remotely via video chat.

Live heads into 2020-2021 after finishing the 2019-2020 season as the top-rated show in Daytime in all key demos. And during the pandemic, as the Live with Kelly and Ryan team kept the momentum going despite the challenges of broadcasting the show via video chat from multiple locations, Live ranked as the No. 1 syndicated talk show across the board – with Total Viewers, Households and the key Women demos*.

Then on Sept. 8, Ripa and Seacrest will be reunited in the Live studio. With its return “home” to New York, Live will spend the first month of the new season focused on “Live @Home” – four themed weeks that will showcase a wide range of essential “at home” how-to’s and advice for viewers.”

What do you think? Are you excited for the return of Live with Kelly and Ryan? Have you watched this daytime series for a long time?

Never been the same since Regis retired, don’t like it at all any more.

I personally am ready for a new, younger host, that’s just starting a family to relate to with NEW stories and views.
#replacekellyripa

Yes, can’t hardly wait. I love the intro. It’s exciting seeing behind the curtain with Kelly and Ryan smiling and waltzing onto the floor audience.

Hell Yes! I am happy that the show return for another new season. I can’t wait to see what happens in the new season.

Yay. Very excited!!! Love the show Regardless of location