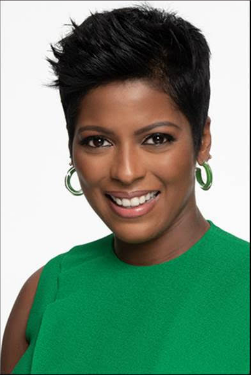 Tamron Hall is getting ready to launch its second season. The syndicated talk show now has a September premiere date for season two. Hall will be back in her New York studio when production starts.

More was revealed about the return of the daytime talk show in a press release.

“Tamron Hall, honored in her freshman season with a Daytime Emmy® for Outstanding Informative Talk Show Host, will return for a sophomore season on Monday, Sept. 14. The nationally syndicated Emmy-nominated program will be broadcast from the show’s New York studio. Hall serves as executive producer alongside showrunner and executive producer Emmy-winner Candi Carter.

Following its debut on Sept. 9, 2019, Tamron Hall quickly became one of the highest-rated daytime shows of the 2019/2020 season. When the show premiered, daytime viewers tuned in and it quickly became an audience favorite with more and more people watching throughout season one.

“There is so much to talk about, to share, to experience together – no matter the distance between us, when the connection is real, you can feel it and I can’t wait to return to our studio for season two,” said Tamron Hall. “I am ready to talk, laugh and find inspiration to keep moving forward. Tam Fam, I’ll see you soon!”

William Burton, Senior Vice President of Syndication, Daytime and Sports, ABC Entertainment, added: “Tamron’s powerful voice and perspective will continue to guide and propel us forward as we share the stories and celebrate the people that make Tamron Hall’s show daytime’s most compelling hour of television.”

Most recently, Tamron Hall was honored with three Daytime Emmy nominations by the National Academy of Television Arts and Sciences, with Hall’s hosting win marking the first time since the award’s inception in 2015 that a freshman host was the recipient of that honor. In addition to the nod for hosting, Tamron Hall received two additional nominations, one for Outstanding Costume Design/Styling and the other for Outstanding Makeup.”

What do you think? Are you a fan of this daytime talk show? Will you watch season two of Tamron Hall in your area?

Its a good show but I wish guests were equally diversified instead of mostly black. It should be equal opertunity . Im not a bigot but am tired of just seeing black guests

I can’t wait to see the return of the Tamron Hall series. I truly enjoy the show.