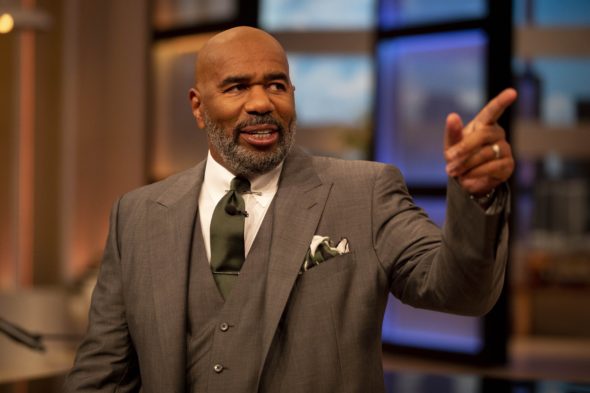 What’s next for Steve Harvey? His eponymous talk show, the Steve TV series has been cancelled. The host helmed Endemol Shine North America’s The Steve Harvey Show out of Chicago for several years. He shuttered that series, packed up for Los Angeles, introduced Steve with Endeavor’s IMG Original Content, a couple of years ago.

The Steve cancellation has been expected for some time now. Last fall, we reported that The Kelly Clarkson Show was set to replace it. Don’t worry too much about Mr. Harvey. He’s still going strong with Celebrity Family Feud on ABC, as well as the syndicated version of regular old Family Feud.

Variety has confirmed the Steve cancellation.

What do you think? Are you a fan of the Steve TV show? Are you disappointed it has been cancelled?

I’m SO SAD to hear this. This is the BEST variety show on TV. I look forward to it everyday. The basis for this show is always positive, informative, funny and makes me happy. Much needed in our world today I am so sad to see it go.

So sorry to see it going off. I really enjoyed his show.