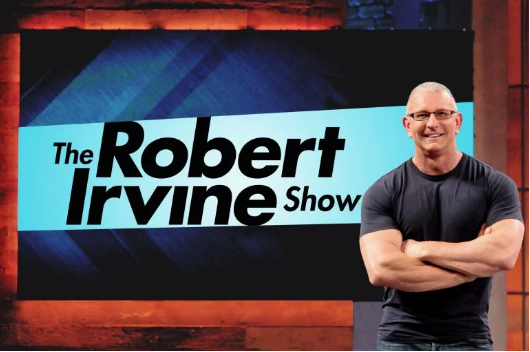 The Robert Irvine Show won’t be returning. According to Broadcasting & Cable, the syndicated TV show has been cancelled after two seasons.

The talk show is hosted by celebrity chef Robert Irvine and features conflict-resolution discussions between guests.

Broadcasting & Cable reports The Robert Irvine Show has ceased production after one season. The show will be replaced by re-runs of The Jerry Springer Show, which is also ending, on The CW‘s afternoon block.

What do you think? Do you watch The Robert Irvine Show? Are you sad it’s over?

We (my now ex-husband I), were guest on the show but never received a copy or a call back to see how we made progress.

It sucks he is off the air I loved his show

I really like The Robert lrvine Show,I’m going to miss the show,sad they took it off,

The entire show was ridiculously faked. The guests problems were lies made up. Irvine had the guests ready to be either exalted or humiliated but whichever “role” they played they were prearranged and agreed.

Glad they cut it.

It was not fake it was real.

It’s as “real” as The Jerry Springer Show and the Real Housewives’ series.

I like Roberts show. It solved conflicts and the show was very enjoyable.

I loved the show, he gave real advice licensed or not. He was the only one that genuinely tried to help. Bring the show back! Tired of Jerry Springer smh.

I liked the show even though he was not a licensed 0r trained to give advice he did give good advice sometime common sense is all one need to be able to tell someone that they are making a mistake all of us do that with friends etc at times even though we are not license but general advice on life based on experience and knowledge of God’s word, yes he wore his clothes to tight but so does a lot of people and who are we to judge I am an aged female but I see a lot of… Read more »

I liked the show, I will miss it

I’m glad the show is cancelled. He wasn’t trained to give the advice he was giving. He can give an opinion but he did not have a degree in psychology. He couldn’t even sit on the chair all the way bc his clothes were so tight, they looked painted on. Yes he is in good shape but this isn’t the 80’s. Y did he have 2 wear his clothes that tight, it is sickening. He also would just scream for ppl to shut-up. He is full of himself. Glad it’s over.

Robert Irvine has culinary and body-building skills. He is not qualified to act as expert in conflict resolution, counseling, diet and health, etc. Yet he went on tour a few years ago as a one-man show to promote himself in those areas. I am glad I did not waste my time and money. Robert is a legend in his own mind.