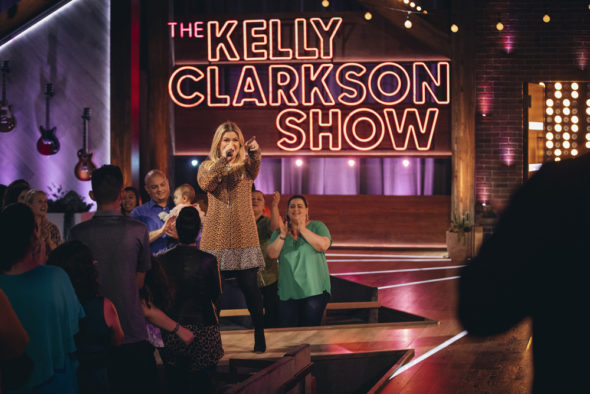 The Kelly Clarkson Show is headed back to the studio for its second season premiere for a September premiere. The syndicated daytime show will feature a mix of virtual and live interviews and segments during its second year on the air.

NBCUniversal revealed more about the return of The Kelly Clarkson Show in a press release.

“Season 2 of The Kelly Clarkson Show, hosted by Grammy and Emmy Award-winning talk show host Kelly Clarkson, will premiere on Monday, Sept. 21 and plans to return to its home at Universal Studios Hollywood. · For the first time ever, fans will have the chance to get a front row seat as part of the show’s virtual audience from the comfort of their own home.

Season 2 will feature a combination of live and virtual interviews with some of the biggest names in film, television, music and everyday people who are agents of change in their community. The program will comply with NBCUniversal’s safety guidelines, CDC guidance and state and local orders. ·

In addition, the show will air five additional original episodes the week of Sept. 14 as a countdown for the season two launch on Sept. 21.”

What do you think? Are you excited for the return of The Kelly Clarkson Show on your local station?