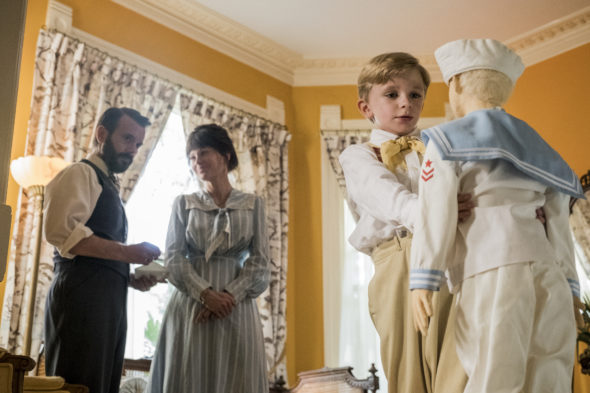 How about some more folklore? Amazon has renewed its Lore TV show for a second season, with a debut date TBD. The Prime Original series is an adaptation of Aaron Mahnke’s Lore podcast. Production will begin in April, with Sean Crouch, a veteran of The Exorcist and Numbers taking the reins as showrunner for Lore, season two.

Learn more about the Lore season two renewal from this Amazon press release.

SEATTLE—Feb. 26, 2018—(NASDAQ: AMZN)—Amazon announced today it has greenlit a second season of the critically-acclaimed Prime Original series Lore. Season one of the supernatural series, adapted from Aaron Mahnke’s award-winning podcast of the same name, is now available exclusively on Prime Video in more than 200 countries and territories. Sean Crouch (The Exorcist, Numb3rs) is taking over showrunner duties for season two.

From Executive Producers Ben Silverman (The Office), Howard T. Owens (Killing Kennedy), Gale Anne Hurd (The Walking Dead), Brett-Patrick Jenkins (Face Off), Jon Halperin and Mark Mannucci (A Year in Space), Lore explores the real-life frightening and disturbing tales that give rise to modern-day myths and legends. Season two will feature new tales from the podcast, as well as original stories not yet available in podcast form, and will star new cast members. The hybrid series will continue to feature narration, archive footage and animation to complement the filmed segments.

“Customers loved the first season of Lore for its unique blend of narrative and documentary storytelling, and we’re excited to give them another season of this suspenseful hybrid series,” said Heather Schuster, Head of Unscripted, Amazon Originals. “Sean brings great experience in the supernatural genre, and we’re excited for him to help us tell even more frightening and visually captivating stories.”

“As a fan of documentaries and horror, Lore resonates with me on so many levels,” said Hurd. “Season two is shaping up to be scarier and even more compelling and unnerving than our first one!”

“With Sean Crouch at the helm, Lore is set to be scarier than ever. In season two, we will explore global, real-life horror stories that make this series unlike anything else on television. We are thrilled to be back on Prime Video,” said Silverman and Owens.

“From monsters to the macabre, season two is not only the stuff of nightmares…it’s real,” said Jenkins.

Here’s what customers have been saying:

· “The show does a great job weaving together the animation, narration, dramatization, and documentary footage all into one episode.”

· “This is an amazing documentary series for any horror/mystery fan!”

· “One of my favorite shows in a long time.”

· “Amazon and Aaron Mahnke have made a great podcast a great TV show!!”

· “I really love this series and can’t recommend it highly enough. Can’t wait for season 2!!”

Launched in March 2015 by Aaron Mahnke, the Lore podcast has generated a massive audience, was named “Best of” in 2015 and 2016 by Apple and was listed as one of the “15 podcasts you need to hear in 2016” by Entertainment Weekly. The first book in Mahnke’s three-book The World of Lore series, Monstrous Creatures, was published in October 2017 by Del Rey Books, with two more volumes to follow in 2018.

Lore is produced by Propagate Content and Valhalla Entertainment. Mahnke is Co-Executive Producer.

Prime members can stream season one of Lore exclusively via the Prime Video app for TVs, connected devices including Fire TV, mobile devices and online at www.amazon.com/lore. Members can also download the series to mobile devices for offline viewing at no additional cost to their membership. The series will be a global release and available on PrimeVideo.com for Prime Video members in more than 200 countries and territories.

Customers who are not already Prime members can sign up for a free trial at www.amazon.com/prime. For a list of all Prime Video compatible devices, visit www.amazon.com/howtostream. 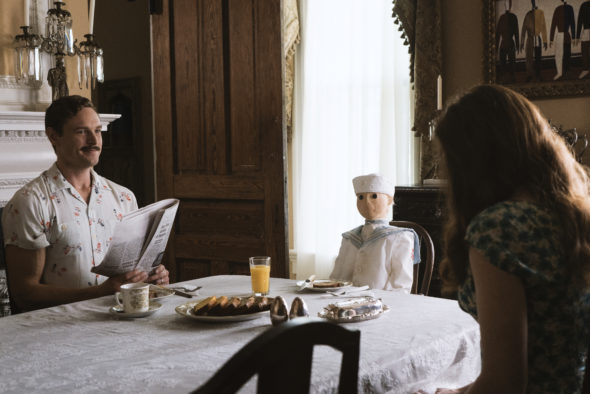 What do you think? Are have you watched the first season of Amazon’s Lore TV series? Did you think Lore would be cancelled or renewed for a second season?