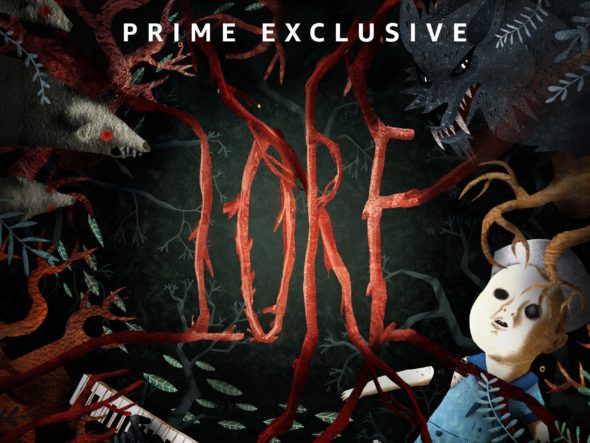 TV show description:
Based on the podcast from creator Aaron Mahnke, the Lore TV show is an episodic horror anthology. Each episode delves into the real people and stories which inspired modern myths and legends.

Narrated by Mahnke, the series uses a combination of documentary footage, historical mixed media, and cinematic scenes to delve into the origin stories behind the horror genre. From vampirism to icepick lobotomies, changelings to hauntings, and werewolves to cursed dolls, Lore tells true, terrifying tales.

Series Finale:
Episode #12 — Jack Parsons: The Devil and the Devine
In 1922 only one person, Jack Parsons, believed that we could send a rocket into space and conjure a demon. By 1952 he had done both. But all he cared about was the Scarlet Woman he had both summoned, and lost, Marjorie Cameron.
First aired: October 19, 2018.

What do you think? Do you like the Lore TV series? Should this Amazon TV show have been cancelled or renewed for a third season?

Oh my goodness why isn’t season 3 coming out?!?! Lore is amazing!! Please bring us more!!!