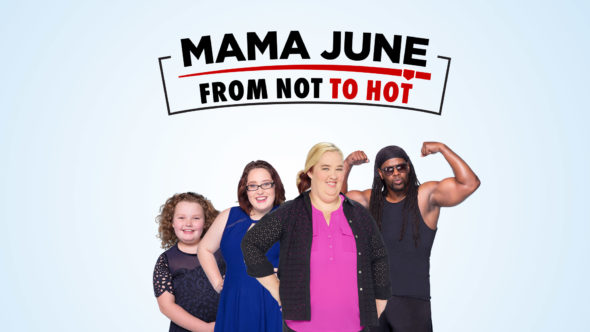 “Good luck, honeybuns.” Recently, WE tv announced season two of Mama June: From Not to Hot will premiere in January.

The reality show follows the ups and downs of Honey Boo Boo star Mama June and her family. The new season will see June “as she strives to compete with the “mean girls” of the pageant circuit and become the Queen she’s always wanted to be.”

Season two of Mama June: From Not to Hot premieres on WE tv on January 12th at 9 p.m. ET/PT.

NEW YORK – DECEMBER 6, 2017 – After shocking the world with a ground-breaking weight loss of over 300 pounds, June Shannon (aka “Mama June”) is BACK Friday, January 12th at 9pm ET/PT on WE tv! But the biggest transformation in reality TV history has only just begun. Being thin is a whole new life for June as she experiences so many firsts – including a hot new romance with a mystery man.

This season takes June’s transformation even further as she strives to compete with the “mean girls” of the pageant circuit and become the Queen she’s always wanted to be. However, as she loses herself in the quest for the crown, Alana (aka “Honey Boo Boo”) Thompson gets lost in the shuffle and runs into the arms of Sugar Bear and Jennifer for attention. This reignites the rivalry between June, Sugar Bear and Jennifer which only intensifies during Sugar Bear’s pursuit for increased visitation with Alana, and Jennifer’s growing suspicions that Alana might not be Sugar Bear’s biological child. Meanwhile, June’s daughter Lauryn “Pumpkin” Shannon’s unexpected pregnancy forces her and boyfriend Josh to grow up and take on adult responsibilities but that doesn’t stop June and Pumpkin from butting heads as less than mature Josh moves in. June soon realizes that her weight was the least of her problems as she now faces decisions that could potentially tear her family apart.

Will the revelation of Pumpkin’s secret pregnancy be too much for Mama to bear? Will a budding new romance fade because of her overprotective family? Is she struggling to keep the weight off with diet and exercise? Or are the eyes of the world all the motivation she needs to keep the hot from going back to not? Viewers will have to wait and see when America’s favorite reality TV family returns for season two of WE tv’s hit docu-series, “Mama June: From Not to Hot” premiering Friday, January 12th at 9:00pm ET/PT.

For more on “”MAMA JUNE: FROM NOT TO HOT,” visit www.wetv.com for sneak peeks, deleted scenes, photo galleries and blogs. You’ll also find the weekly behind-the-scenes scoop and exclusive videos. “Like” WE tv on Facebook and follow @WEtv on Instagram and Twitter for the full insider experience.

“MAMA JUNE: FROM NOT TO HOT” is produced for WE tv by Thinkfactory Media and executive produced by Adam Freeman, Adam Reed, Moriah Muse, Erin Richards, Gina Rodriguez and Leslie Greif. Executive Producers for WE tv are Lauren P. Gellert, Lauren Lazin and David Stefanou.”

What do you think? Have you seen Mama June: From Not to Hot? Will you watch the new season?

In mama june…why is there so much big cussing even from honny booboo…she. Is 2 young for that..and they say nothing to her…and pumpkin is worse….