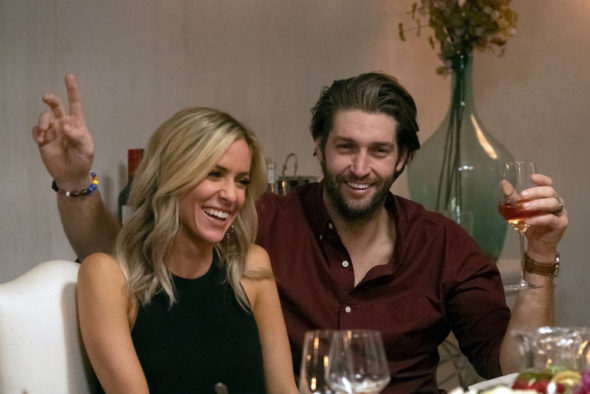 Both series will premiere in January 2020. Get your calendar out because you might need it! Season three of Very Cavallari will arrive on January 9, and Meet the Frasers will have a two episode premiere on January 13. In addition to its third season, fans will be able to see a holiday special for Very Cavallari on December 15.

E!revealed more about the premieres of both series in a press release. Check that out below.

Very Cavallari returns for season three with celebrity entrepreneur Kristin Cavallari as she balances work, family, and friends alongside her former NFL player husband Jay Cutler. This season, Kristin discovers she is the last Cavallari in her family, which leads to an emotional search for lost relatives. At home in Nashville, Jay becomes a huge support system for his family as Kristin works tirelessly with her team to open a new Uncommon James store in Chicago. With the expansion of her business, she transforms into a full-blown business mogul – but success in the spotlight comes at a cost for Kristin and those around her. Relationships are challenged in unexpected ways, as Kristin and Jay redefine their inner-circle of friends. Additionally, tune-in for a A Very Merry Cavallari holiday special airing on Sunday, December 15 at 10:00pm ET/PT.

Matt Fraser, a 28-year-old psychic medium, and his 21-year-old pageant queen girlfriend Alexa Papigiotis are highly visible local celebrities in their hometown of Cranston, Rhode Island. Matt and Alexa are envisioning big things for their future; Matt’s captivating live reading events are growing more popular and his book “When Heaven Calls” will soon be published. And while Alexa supports Matt on his coast to coast tour, she’s got big dreams of her own. She’s setting her sights on winning her next pageant title and procuring a fabulous engagement ring. This couple is definitely on the rise – as long as their overly-involved families don’t get in the way. The eccentric family does everything together, from driving to Matt’s readings in an SUV emblazoned with his likeness, to debating if there’s such a thing as too much bling when Matt decides they need to wear matching jackets while working his events. Matt and Alexa can always count on their families to give them unwavering support and advice – even when they haven’t asked for it.

E! released previews of both series. Check those out below.

What do you think? Are you excited for the return of Very Cavallari? Will you check out Meet the Frasers?