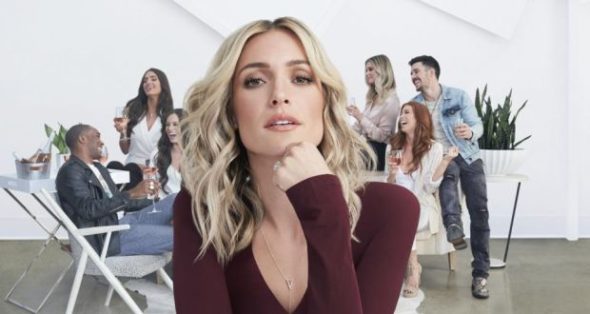 E! is all set for the new season. Today, the network announced their spring 2019 programming.

Take a sneak peek as season two of Very Cavallari and read more info from E! below:

Nicole continues to enjoy the single life – and a date with an eligible bachelor. As they get ready for a battle with Ronda Rousey at Evolution, the superstar twins can’t seem to agree on how best to work together in the ring. At home, Bryan contemplates how far his lifestyle and Brie’s has strayed from their beliefs on protecting the environment and wants to make a change.

With music city as its backdrop, “Very Cavallari” continues to give fans an exclusive look inside the life of celebrity entrepreneur, reality superstar, and lifestyle tastemaker, Kristin Cavallari, as she juggles her roles as boss, businesswoman, wife, mom, and friend. This season, Kristin’s life in Nashville hasn’t gotten any less crazy (or entertaining). Kristin and her husband, former professional football player, Jay Cutler, have now moved to a farm one hour outside of town. Still retired, Jay is living his “best life” as he juggles the roles of househusband, groundskeeper, and chicken wrangler. Kristin’s adjustment hasn’t been as smooth, as her friendships and burgeoning lifestyle brand continue to pull her away from the “quiet life.” Sales for her Uncommon James brand have exploded since she opened her store, and her staff has grown from 5 to 50 almost overnight. This rapid growth has brought with it plenty of drama as her staff struggles to keep pace with the business, and Kristin is quickly discovering that she’s going to have to make some major changes.

With 10 all-new episodes, “LadyGang” returns with celebrity guest Kristin Cavallari spilling the tea with the girls. This weekly half-hour series will continue to follow Hollywood’s fiercest girl posse, Keltie Knight, Becca Tobin, and Jac Vanek along with notable personalities for an un-filtered discussion about things some people keep on the hush, make others blush but one thing is guaranteed; tuning in every week is a must.

“LadyGang” is produced by Purveyors of Pop and Entertainment One (eOne) with Matt Anderson, Nate Green and Cooper Green for Purveyors of Pop, Tara Long and Mark Herwick for eOne, Joe Braswell and Steve Barry, as well as Keltie Knight, Becca Tobin and Jac Vanek serving as executive producers.”

What do you think? Do you watch E!? Which TV shows will you be watching this spring?