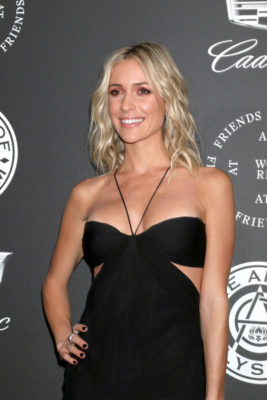 The unscripted series “will follow Kristin’s life as a businesswoman launching a flagship store for her lifestyle product line, Uncommon James and wife to her husband, former professional football player, Jay Cutler.”

Read more about Very Cavallari from E! below:

Los Angeles- April 4, 2018- E! has greenlit “Very Cavallari,” a new docu-series starring celebrity entrepreneur and reality superstar, Kristin Cavallari. With her new home base in Nashville, the series will follow Kristin’s life as a businesswoman launching a flagship store for her lifestyle product line, Uncommon James and wife to her husband, former professional football player, Jay Cutler. Between her family and her young, sexy staff, Kristin’s life is busier and more entertaining than ever before under the new skyline of Music City.

“Our audience has followed Kristin from the Hills to E’s Red Carpet and will now get a view into her life as entrepreneur and lifestyle tastemaker,” said Amy Introcaso-Davis, EVP, Development and Production at E! “We will see Kristin push herself as a boss of a new and expanding brand while combating the pressure to succeed. She will be challenged with juggling her staff of strong-willed employees, making time for her husband, newly retired football player, Jay Cutler, and remaining an active mom to her three kids.”

This season on “Very Cavallari,” Kristin is making Nashville the headquarters of her rapidly expanding fashion and lifestyle brand, Uncommon James. However, the growing pains are all too real with her employees traipsing in and out of her home and taking a toll on her husband’s nerves. Kristin is moving her business and her employees, who Jay affectionately calls her “minions,” out of her house and into a chic, new space in Nashville. The core team Kristin has hired to support her in building her business are social media director, Shannon, who is never shy about speaking her mind; Brittainy, a type- A workaholic brought in to manage the Uncommon James store; and office assistant, Reagan, who can be forgetful at times but means well and enlivens their workplace with her off-beat sense of humor. With everyone working together in the new space and a few new hires joining the team, personalities begin to clash, relationships intertwine, arguments erupt and love triangles begin to form.

No stranger to the small screen, fans first came to know and love Kristin Cavallari when she made her television debut on MTV’s “Laguna Beach: The Real Orange County.” After a brief hiatus from reality television, Kristin delighted fans when she narrated and starred in the final two seasons of “The Hills.” Since then Kristin has launched the successful shoe line Krisitin Cavallari by Chinese Laundry, become a New York Times Bestselling Author, hosted and been a contributor on numerous red carpets for E!’s Live from the Red Carpet and launched her jewelry line and lifestyle brand, Uncommon James. In the midst of all of these professional accomplishments she is also the proud mother of three children with her husband, Jay Cutler.

What do you think? Are you a fan of Kristin Cavallari? Will you watch Very Cavallari?

What fresh garbage is this? Why?

Ahhh…finally a place Jay Cutler will fit in!