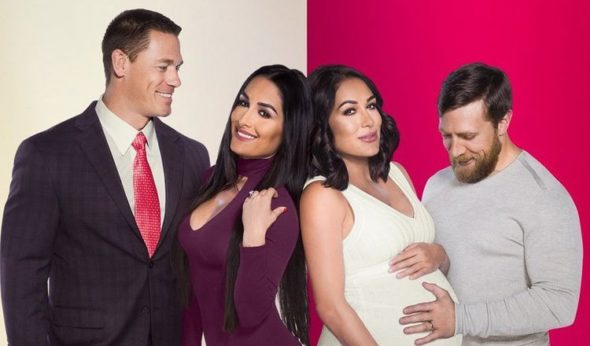 The Bella twins will return. E! has announced that they’ve renewed their reality series, Total Bellas, for a fourth season. The third season of 10 episodes finished airing on July 29th. The reality series follows the lives of WWE Superstars Nikki Bella and Brie Bella.

Season Three of “Total Bellas” Finished As Its Highest Rated Season to Date in All Key Demographics with Double Digit Gains vs. Prior Season

Los Angeles, CA – On the heels of the most-watched season of “Total Bellas,” E! Entertainment has greenlit a fourth season of the hit series following the lives of WWE(R) Superstars Nikki Bella(R) and Brie Bella(R). Season three of “Total Bellas” saw Nikki make one of the most challenging decisions of her life in deciding to call off her high-profile wedding, Brie balancing being a new mom and a successful business woman with her sister, and Daniel Bryan’s(R) sensational return to the WWE ring. The third season also gave viewers a glimpse into Nikki and Brie’s continued growth as entrepreneurs as they expand their businesses and launch new brands, from apparel to wine with Birdiebee and Belle Radici.

“Nikki and Brie’s willingness to be open about their struggles and celebrate their triumphs with their fans is what makes ‘Total Bellas’ such a hit with our audience,” said Amy Introcaso-Davis, Executive Vice President, Development and Production, E! “The Bella Twins embody the strong, empowered women that we celebrate here at E!, and we are so excited to see what the future has in store for them next.”

“I’m so excited for another season of ‘Total Bellas’ and hope our journey continues to inspire, motivate and connect with our Bella Army,” said Brie Bella. “I can’t wait for our fans to join me in the next step of my life. I promise that it will be a fun, real and heartfelt adventure,” added Nikki Bella.

The Bella Twins(R) will also continue to be featured on E’s hit series “Total Divas(R),” premiering its eighth season on Wednesday, September 19 at 9 pm ET/PT. The new season will cover what comes next for Nikki and Brie, the return of fan favorite WWE Superstar Paige(R) and the road to Nia Jax’s(TM) highly anticipated Raw(R) Women’s Championship match.

What do you think? Do you enjoy the Total Bellas TV show? Will you be watching seaosn four of this E! Series?