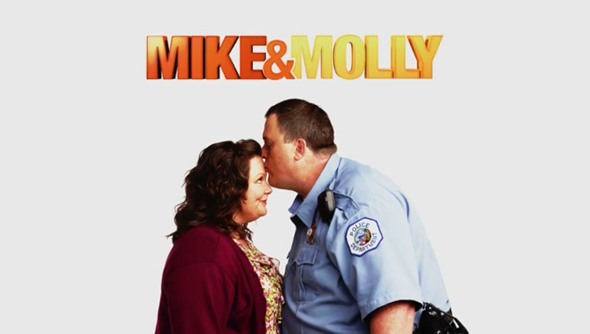 Mike & Molly will return to CBS for its sixth season at mid-season, but it could be the end for the popular CBS comedy.

Billy Gardell spoke about the comedy possibly being cancelled at the end of the next batch of episodes in an interview with CBS 58 last month.

During the interview, he pointed out that the decreased episode order for the series could mean that the series is coming to the end of an “epic, epic run.”

Are you a fan of Mike & Molly? Do you want CBS to keep the sitcom on the air? Tell us what you think.

Mike and Molly is a very good show and should be kept on. There has to be a comedy show out there and Mike and Molly is one of them. This is the kind of shows that they need more of. Keep it going.

Please keep the show on. Mike and Molly is a far better show than so many others and should not be cancelled.

Love Mike and Molly. Watch episodes over and over. Please don’t cancel!!!

It is a great show. Why is CBS cancelling it. I know the should have good ratings because my whole family watches the show. Plus we even watch the reruns on other channels

Finally a show that is not wrapped around a 98 pound super model or a body builder for the male lead.
We are a country that is obsessed with the Barbie Doll look. I for one am a man that likes a little meat on the rack. Bones are for dogs. This show has good writing, and a great cast. I did not catch it year one but have more than made up for that over sight, and now cbs is stumbling and it would not be the first time they fell for the good graces of television suicide.

Best thing since King of Queens! I would really hate it to end.

I love this show. I don’t know how you collect ratings but sometimes that process is a miss. You’e missed with this show. It is funny and the collective caset perfect. Please reconsider. Thank you, D. Wolford, Saugatuck, MI 49453

Why cancel a great show. It makes me laugh, why?

I am so disappointed mike and Molly are being canceled. Two broke girls should be cancelled. What is wrong with you people???? This show is awesome, and so was the Millers. So sad

This show has some of the best characters on TV. Victoria is the greatest. Mile and Molly are a great couple.

Been a fan since the beginning please don’t cancel. Very funny show love the whole cast.